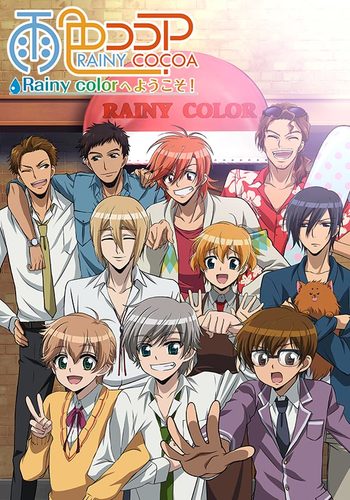 If you read my review of the first season than you know that I found AC to be the most boring short anime ever, so let’s see if the sequel did any better.

And the answer is: not really. I do have to mention one point where this second season was better than the first being that in this second season there is some kind of overall storyline. That’s something that the first season didn’t had. Here we had the small storyline of these twins Nicola and Noel trying to become friends with this introvert boy who wants to become a photographer.

But with that’s than also everything where this second season was better than the first. For the rest it was all so boring again and so stereotypical. Also all the characters from the first season are, except one, thrown out of the series. After the first episode, they disappear only to return in the final episode. And these new characters, I cared even less about them than the characters of the first season which I already didn’t gave a shit about. The twins Nicola and Noel were so irritating and their behavior and personality were stereotypical and even slightly going towards the yaoi side.

Conclusion
So as a conclusion you can’t actually call this second season since this season and the previous one have nothing in common apart from them being boring as fuck with characters that I didn’t care about. So like the first season I’m also going to rate Ameiro Cocoa: Rainy Color e Youkoso! at 1 star. Again a complete waste of my time and the only reason I watched this was that I saw the first season.

Despite my low rating there is something just charming about this anime. It's short and sweet. The characters are sweet and light hearted, and the designs are cute too.

Each episode is only 2 and 1/2 minutes and if you skip the theme it gets cut to 2 minutes. With only 12 episodes in each season you can quickly fly through these. A perfect show to watch as a palate cleanser between animes.