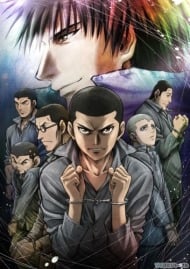 SOMETHING UNCOMMON Rainbow could have been a great social drama if it was serious. It remains somewhat above average for not being about schools, lolis, videogames, ecchi, and superpowers, things that we got sick and tired of seeing. Despite its dark atmosphere, it’s not mature, since it constantly rubs the victim card in your face. I mean, sure, all dramas are meant to make us feel sorry for the characters by being powerless before the problems they face, but subtlety is what separates mediocrity from brilliance, which is something Rainbow lacks entirely. NO GREY ZONE There is no gray zone when you have a bunch of positive-thinking idealistic Shonen characters thrown in a dark Seinen setting, ruled by one-dimensional sadistic assholes who are evil … because they are evil. The juvenile heroes are looking all heroic with their ultra goodness, while the adults pass as bastards because they have authority. The only exception is a nurse, who also has the role of the narrator, and even she acts in a ridiculously gentle way that makes her completely good. Is everybody born this way; does it run in their DNA or something? Half the time it felt like I was watching a badly written fairy tale. Warden: Cry! Suffer! I want to see your pain! Mwahaha! I am so evil!Hero: No, I will never cry! My friends give me strength and justice will win in the end for a better future! Rainbows and canaries and pretty flowers for everybody! FOCUSED BUT MONOTONIC The setting excuses the cruelty, since it has been taken over by fear and hatred, so the contrast between child innocence and harsh reality works on a superficial level. But it ends up being far more about sensationalism than a character study, or a social critique. The characters are monolithic in their ideals, and the setting is stuck in a glacial state of misery. All you are left with is sobbing at bad things happening to good people. The show is focused on what it wants to be and doesn’t stray off to random directions, or trying to constantly ruin the drama with slapstick comedy or fan service. It’s not that all we see is young people being tormented by sadistic bailiffs either. In the second half, we see how they are fixing their broken lives after they get out of prison. That’s cool but the big question is, how exactly can they fix their lives with the way they are thinking and acting? POWER OF FRIENDSHIP They are coping with their problems, but the way they do it, is by trusting friendship and being passive. Even when they don’t need to be. Being powerless is not the same as being passive; the latter is about having power but not doing something with it. There is this boxer, who acts as the leader of the boys; he is their role model, and the one that keeps them together and motivates them to keep going. He is also pretty strong, and can kick the crap out of anyone who tries to split them with raw force. And yet he constantly acts as if using violence is evil and that it should be avoided because you will become a monster. Even when said violence is the only option you are left with. Does that sound like a very shonen thing to say? Yes it is. Because that is what our main characters are, naïve children who think love and friendship are the most awesome powers in the universe.It’s not like the show abuses this notion, by turning mortal enemies into allies with a simple friendship speech. In fact, midway in the show this mentality screws up one of them for using it. But it’s not like they learned anything from it; they just keep trusting friendship like retards. They never realize that it’s personal effort and persistence that helps you achieve your goals. Friends are emotional support and back-up help; the actual resolve is yours alone. The show doesn’t go into that at all; it’s as if having friendship automatically achieves your goals, even if you don’t do a damn thing. PASSIVE STANCE I was constantly given the impression that by taking the blame and suffering of the entire world on your back, you become a good guy, even if you don’t deserve it. Why? Because you let yourself being a human punching bag, and this way the sadistic assholes won’t go torture some other poor soul? Instead of kicking the crap out of the bad guys and solving the problem forever? As you see, the lack of a grey zone is the show’s undoing. Everybody is so easily separated into good or bad, and we are never given the impression someone can flip flop between the two sides. So you might as well use violence to beat evil and let goodness triumph. LOSES STEAM If you don’t believe me, check how pretty much everybody agrees that the second half of the show is far less interesting. It was working superficially while the boys were powerless and mistreated in prison, but the moment they got out and were free to do anything they like, the drama evaporates because they now have far more control. Which means, you never felt sorry for them as characters. You were feeling sad for the bad things that were happening to a bunch of simplistic caricatures. And you never cared about the state of the world either. It’s just there, as a thing. Despite its dark setting and lack of humor, Rainbow is overblown in drama, superficial in themes, and unrealistic in ideals. It appeals only to people who are accustomed to cheery things. Or harems full of beta males who want to deflower their sisters. It is uncommon for not doing such a thing modern anime are full of, but that is far from enough to make it anything more than just above average. 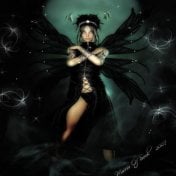 This anime is probably one of the most realistic animes I've seen. The story is gritty, the characters are wonderfully real, and the settings, though at times very hard take, were as real and as well developed as the characters themselves. The story is centered around 7 boys who were sent to a reformatory in the 50's, who become the best of friends willing to do anything for one another. It shows you the struggles and their hardships, their achivements and defeats (at times just stay alive) and the sacrifices they made for the sake of the kind of friendship most people would envy. It's an emotional rollercoaster to watch this anime, one minute you're laughing the next on the verge of tears.

Story: It starts off with six teenagers being inducted into a boy's juvenile prison around ten years after World War II in Japan. They join a guy who has already been there for two years and share his cell. After some initial hostility, they all become friends and together survive the extreme harshness of the juvenile school. And when I say 'extreme harshness,' I mean crippling beatings, forced starvation, and sexual advances by an old creepy guy. So without giving anything away, the first half is how they get through all of that in the juvenile prison and enter the real world, with strong aspirations to do whatever it is they have their mind set on doing. The second half of the show is all about them coming of age and starting up in real careers, whether that's what they had planned on or not. The second half starts off with them planning revenge on the people that had tormented them in the first half, but after that, it's mostly a bunch of little mini-arcs, each centering on different members of the group. Time and time again their friendships and wills are tested, and they always pull through for each other. Animation: I love the animation style of the show. It's gritty and dark in places, especially in the first half of the show, but the scenery and the character designs are amazing. As weird as this is to point out, I love the detail that scars and old... ness... are drawn. And the scenery in the 'touching' scenes is just absolutely beautiful. The bits where the narrator pauses it on a still get annoying after a while, but the filter effect that's put on top of whatever still always looks pretty cool and makes whatever the still is, no matter how dark in nature, look pretty. Sound: I'm not much of a 'sound' girl, but the voice acting was great (... except for the Americans, who all sounded vaguely Australian). I can instantly tell which of the group was speaking just from hearing the voices, and the creepy people have suitably creepy voices. The OP was fine, nothing extremely mind-blowing or anything, but they did make good use of the instrumental in the last episode. The EP was pretty, but once again, nothing mind-blowing. Characters: Everyone in the main group has a deep and thought out backstory, filled with reasons why they were there and in some cases, why they're distrustful initially. Well, mostly... Cabbage and Solidier always felt a little less thought-out to me. Mario and Turtle get the most focus in the second half, with one of the two always in someone's else's arc as the support. Everyone else gets a wrap-up arc and a nice epilogue, except for Solider, who they basically go, "He became a solidier in the SDF like he wanted." At the very least for everyone it says what they did to get in the prison. Overall: To compare it to the manga, the manga goes a little more in detail with the squicky parts (... like the anal examination, you're welcome for that visual), but it also gives a little more character development. Whether you read the manga or watch the anime, though, it's an awesome anime with a lot of substance. 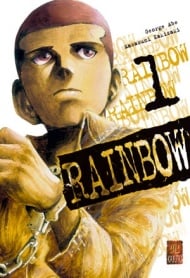