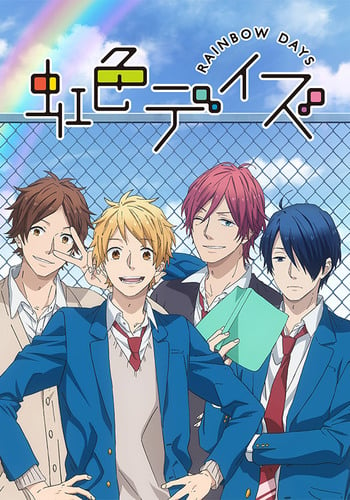 Noda Haruko has hatched a plot to get tasty lunches; she's put a love letter in a paper airplane and tossed it out into the world. By chance, it ends up in the hands of a lonely boy named Katou Seiji. Haruko confesses her "love" for him, and her hope that he'll become her husband and make her delicious lunches. Surprisingly, Seiji agrees, and becomes her boyfriend-chef. Seiji allows himself to be swept away by her childish enthusiasm, but he keeps trying to find ways to make their relationship more 'real'-- by holding hands, kissing, or simply being alone together. Haruko and Seiji navigate their unusual relationship among their friends and classmates, who all have their share of comedic troubles!

Rina hates perverted guys. She mixes up her new classmate, Ookami-kun with someone else...But the truth is, he is a real wolf! Is this sensation of the beginning of love!? Or is it a story of licking bunnies!? Only time will reveal the answer.

A Springtime With Ninjas

Benio is the heiress of the richest family in Japan, and tradition holds that she must marry the first person to kiss her. So that she can attend high school, Benio is assigned the ninja Tamaki as a bodyguard, but he turns out to be quite the player. It’s not always easy for a strong-willed rich girl and a smart-alecky ninja to get along in this romantic comedy about a pure young lady and her smoking-hot knight.

A cute story about a couple and their dates.