Alt title: Ame to Shoujo to Watashi no Tegami 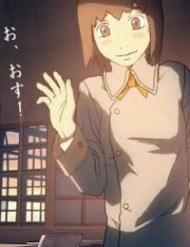