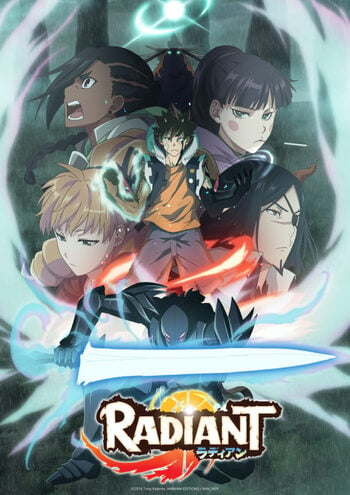 Radiant 2nd Season Episode 10 - The Qualifications of a Knight -Quality-

Led by Lord Brangoire and Lord de Gulis, the Knights-sorcerers set out to battle a Nemesis that has appeared in the surrounding farmland. Ocoho is the only one who notices that the enormous Nemesis is actually a composite of several Echo Nemesis, which then split apart and begin rampaging as countless individuals. Ocoho calls for help, but no one can hear her, and she's left with no choice but to disobey orders again. Using a powerful Gysoni spell, she forcibly takes over command from Lord Brangoire...

Toward a New Adventure -Overture-

An Encounter in the Rain -Mist-

The City of Knights -Caislean Merlin-

The Bringer of Calamity -Dullahan-

Seth in the Forest of Time -Caillte-

The Palace of Schemes -Palace-

The Qualifications of a Knight -Quality-