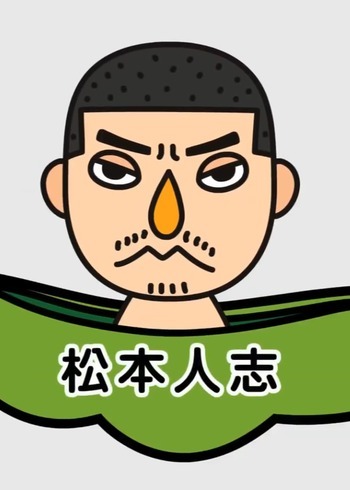 If you're looking for manga similar to R100 x Mameshiba Original Manners, you might like these titles.

A short gag "series" that Clamp draws in various magazines. Each involves xxxHOLiC and another CLAMP title.

Kami no Te wo Motsu Futari

School teacher Ichikawa, sometimes known as Zebraman, suddenly awakes 15 years later in the year 2025. The megapolis known as Tokyo has now been renamed to Zebra City. The city has become virtually crime free due to a new measure known as "Zebra Time." Every morning and evening for five minutes "Zebra Time" is implemented, which allows the Zebra Police to eliminate any potential criminals. Soon enough, Ichikawa comes under attack by the Zebra Police, but is saved by Ichiba and taken away to a safe haven known as the "White Horse House". At the "White Horse House," survivors of "Zebra Time" recover from their wounds, while plotting methods to overthrow the city's govenor who implemented "Zebra Time". Throughout all of this, Ichikawa has lost his memory & cannot remember his past as Zebraman...

This chilling tale of murder, secrets and revenge centers on a home and the ugly events that transpired there. The place now has new owners, but there is a vile presence that permeates the building and pollutes every surface. What wickedness set off this unstoppable angry spirit? Why has its bloody grudge infected the home and its inhabitants? In the spirit of The Ring, Ju-On delivers a dark warning of a cursed spirit and the corrupting influence it has on the living.

The bloody and vengeful grudge of Ju-On returns in this manga sensation from Japan! The landmark horror film franchise is captured in comics form, opening on a gruesome and tantalizing series of images from an operating room - a lightning storm, gory medical instruments and a single witness to the scene and whatever lay on the table. Cut to peaceful scenes of everyday life that are taking place in and around a familiar apartment complex. But what eerie presence sits just below the surface, itching to manifest itself and take out its deep-seated rage on innocents? What could have caused such hatred, and why is the spirit terrorizing again?