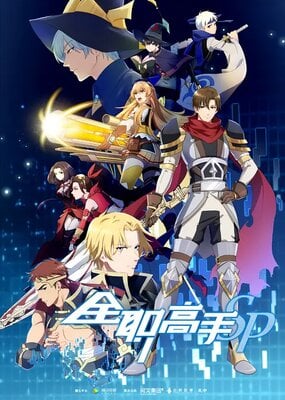 Broken Mess Glory brought to you by McDonalds. Ba da ba ba baa, This game is a unfun broken mess. (Actual McDonalds product placement included). Remember how Glory was a MMO/ARPG/MOBA hybrid? Joke's on you, it's actually a fighting game now. There is no way there would be Hologram tech this advanced and complex, but no VR games you play with your mind/brain. In a supposed near future China. A professional player chooses random audience members as opponents as part of a planned event? Get the frick out of here! And no way a professional league, that has limited time and money invested into a event would let to players have repeated re-matches.   Just what we needed, fixed e-sport matches... They learned nothing. Ye Xiu is still Chinese Kirito, just stands there and attacks don't hit him. Author still hasn't researched game dev or played games. Worst clapping in animation history? Yes. Emotionless voice acting? Yes. Why 'Glory' still doesn't work and is not fun or "Inconsistencies and broken systems": Instant movement like that in a first person game would never get past the testing. Apparently you can just adjust your skill points while fighting in a match, official tournament even. The game is obviously not balanced. Flying and running away like that would not work in first person, maybe in VR of the future, but not mouse and keyboard. The fire bomb was BS, never before was such an item mentioned and the magic system is broken. Why/how are player avatars sweating in a non VR game? The show just pulls skills/moves out of it's butt to suit the EXACT current situation. Why did the girl avatar put on glasses before the climb race? How are avatars holding hands and helping each other up? How was the dragon remote controlled?

I put off watching this after enjoying season one because of a poor revie here. I disagree with that review whole-heartedly, so here's my first review after being on this site for years! If you have not seen Season 1, you should go watch that first. This would make little to no sense without knowing all the characters and history from Season 1. Check out the reviews there if you want to learn more. If you have seen Season 1, here's what you should know about these 3 OVA. Our main characters attend an "All stars exhibition". The categories of events they don in the competion are a little contrived, ok very contrived. However these plot devices do give a valid excuse for all the characters you know to be in the same place at the same time, and to allow for some interesting encounters. Mostly these OVAs are going to feature a few characters dualing in exhibition matches, while everyone else in the stadium gets to enjoy a holographic display of the match. As someone who enjoyed Season 1 of this show, I was pleasantly surprised at the quality and happy to scratch this itch while waiting for Season 2. As with Season 1, i think the animation is pretty incredible, the characters are enjoyable, but the plot isn't terribly deep or complex, just fun.

If you've never watched the hit 2017 series Quan Zhi Gao Shou, I'll provide a quick rundown; it's a show about a guy called Ye Xiu who used to be a pro player in an online MMO called Glory but was then kicked out of his squad as a scapegoat after a series of defeats. Unable to return to the e-sport circuit due to contract stipulations, he took up work at an internet cafe and created a new account with which he started breaking records and beating actual pro players at their own game (literally). We on board? We on board. Now, this 2018 OVA is essentially the ending arc that the original season should have had; it's not great, but it feels like it puts to bed a couple of plot threads (if we can call them that; the original QZGS was so light on actual plot that it sometimes felt like watching proof-of-concept material in motion) and it's actually about something this time as opposed to just Ye Xiu beating an endless run of boring and near-identical-looking formal rivals. Essentially, this OVA is about a tournament for Glory that Ye Xiu and two of his new friends are attending, and that's about it. The first two episodes are mostly about characters involved in the tournament who on the whole, for all I remember, might have been introduced last time or might be entirely new to the franchise. I really don't recall because the assorted cast of QZGS have about two personality traits each and, like I say, most of the male characters (I specify because there are only about three female characters so it's difficult to get confused there) look very similar to one another. We frequently cut to different pro teams commenting on action taking place in the tournament and pretty much every squad has a peppy or indignant underling conversing with a stoic team captain who interprets tactics stoically. They're all interchangeable and while the fact that the action takes place in a pro environment this time DOES help add a modicum of tension, you still might not care about anyone's story arcs because... well, in my case I only barely cared about any of the characters, and that's only because some of them have been around longer than others. I think. Like I say, they kind of blur together. In the last episode, OBVIOUSLY you're going to get Ye Xiu playing a bit of Glory (no spoilers as to specifics), and there's a big dramatic-irony-ladened reveal that almost works but the characters' emotional reactions don't seem to be as emotional as warranted, so it kind of falls flat. This is likely because, just with season one, the quality of the voice acting ranges and some of the voice talent seems to have been dragged off of the streets of China and given a boredom-enhacing drug before going into the recording booth. Probably the best aspect of the show is and has always been the visuals, insofar as stunning environments and visual effects. That said, the animation in fights often favours very quick, blurred attacks to (presumably) signify a speed and ferocity that noob players and laypeople could only dream of and never truly grasp. The result, though, is that a couple of skirmishes just end up looking like brightly coloured objects hitting each other, while other fights are better coreographed and even threaten to be impressive. Again, this OVA does the combat better than it's first season just due to the fact that we're dealing with pro players exclusively and not the mobs and cut-and-paste enemy NPCs that the original was stuffed with, so combined with the shorter length its not so easy to get bored and wander off to play Smash Bros or something. But again, with a fairly short and awkward ending that still inexplicably seems to push the plot and characters forward more than the entirety of season one, you might end up regarding this as a short, colourful and breezy fling that didn't end up impacting your life in anime all that much. TL;DR Quan Zhi Gao Shou (2018) is better in many respects than its predecessor, if only because it's a lot shorter and therefore has less time to repeat itself and introduce way more characters than is necessary, which was the case before. That said, I must yet again express complete bemusement in the ongoing popularity of this franchise given that it's... well, this. I don't think I'll ever get what fans of QZGS see in this series. More power to you, I suppose. 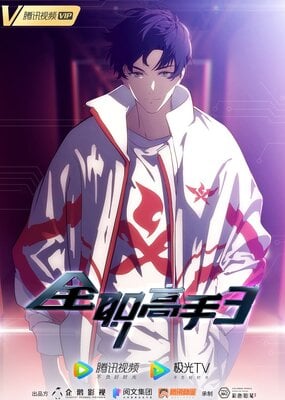 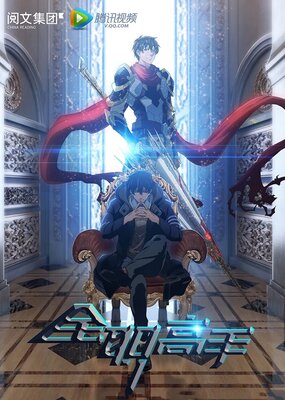 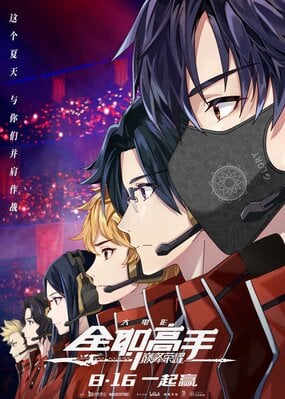 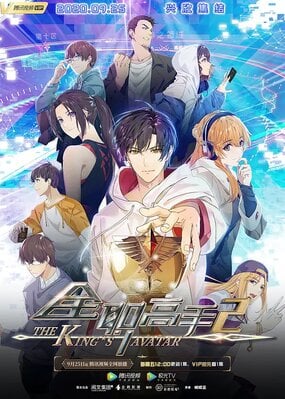 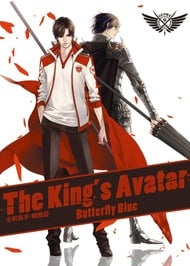 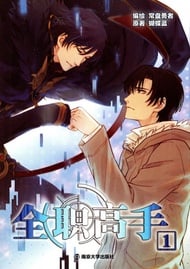 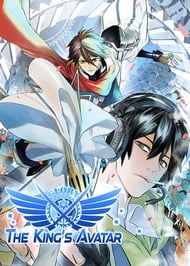