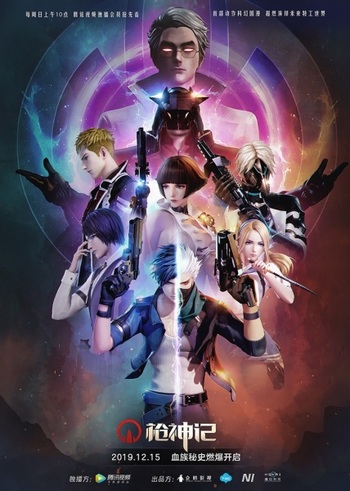 If you're looking for anime similar to Qiang Shen Ji: Xuezu Mishi Pian, you might like these titles.

The King of Fighters: Awaken

The King of Fighters: Destiny

THE KING OF FIGHTERS – The world-renowned tournament starts now! After arriving in South Town, Kyo, an invitee to KOF, runs into another formidable fighter, Terry. Ten years have passed since the tragedy that changed his live forever… The destinies of the fighters now cross here in South Town.

Set in 1940, it’s been 10 years since the great demon invasions, and the World Luxury Operatic Federation has designed a tournament for all to participate in! So how will that work with another impending demonic war?