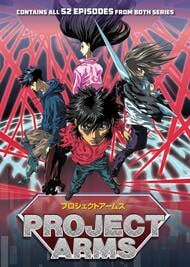 First some items I need to adress. I'm Dutch to expect some spelling errors, if they are to annoying just message me and I'll fix it. My opinion may vary from others and this is fine. People are different so there is a good chance that I will not like what you love. Deal with it. I'm not telling you that you should hate it too, I'm telling you why I didn't like it. I'll try to keep swearing to a minimum but fail utterly on occasion. In general it is the more the anime pisses me off the more I swear so watch out for the low scored ones. Art: This sries is from 2001 but I would have never guessed by looking at the art. It looks like something straight out of the eighties. Still it does what it sets out to do and do it relatively well. Sound: No real problems here either. I can't remember any of the music and that is how I prefer it. Voice acting is fine but they didn't have much to work with either. Characters: Main character is Ryo, a young high school boy who learns that his life is a lie. Not willing to lay down and die he has no choice to beat his enemies. He has a code of honer that he adhers to stricktly. Hayato is out for revenge on the people who killed his clan and everyone in the town he lived in. His personality is volatile and has a habit of switching moods in an instant. Takeshi is a recent transfer to the school and also one of the ARMS. Initially terrified of his powers he learns to deal with it with the help from Hayato and Ryo. Out of all of them he is one most driven to protect the innocent. Kei is the only one raised by the group that created them and feels that she is the one best suited to lead. She tries hard but learns the hard way that wanting to lead and leading are two very different things. Katsumi is Ryo's neighbour and the reason things get set in motion. She is the damsel in distress that forms Ryo's actions. Ryo cares deeply for her and she cares for him. Keiths. There are seven of them and each has their own special power and personalities. They run a powerful organisation bent on ruling the world from the shadows. They also perform horrific human experiments trying to create the ultimate weapon. Story. Ryo is just living his life when a transfer student throws things into chaos. Hayato claims that Ryo killed his clan and tries to kill him at school. It is then that Ryo learns about the world that he to is a part of when his ARMS activates. Together with Hayato they set out to fight the organisation out for their lives but first they must find the remaining two ARMS. Rant. This anime is laughibly bad at times and this is actually the main selling point of this series. At times it reaches rediculous levels of bad and I laughed my ass off. There are plot holes big enough to drive trucks through. If you are into bad anime that are so bad that they are good then this is for you.

Story:Well...it was your average shounen series I guess. Except this one had a darker twist to it.Honestly though, it was nothing new. Boy gets power. He's scared of power. Faces strong opponent. Defeats opponent. Meets even stronger opponent, etc. And the way the series set the powers up was very convenient, they get stronger with every usage. So, I guess I knew what I was headed for, so I wasn't too dissapointed. Actually, it was the opposite. This series is as cliche and predictable (for the most part) as these types of shows get. Yet for some reason, I couldn't stop watching it. I had to continue, I had to know what would happen next.Maybe it was because it tingled my long deprived action cravings. Maybe it was because I had nothing better to do. But honestly, I did get a lot of satisfaction watching this show and I would recommend it to people who have lot of spare time, and currently do not have a series to watch.One thing I did like about this series was that it had no fillers. There was action in every single episode. Something was always happening. So that kept me on my toes, and one thing less to complain about.Animation: It's been a long time since I've watched something this quality. It was really bad. There are an infinite amount of still shots and just generally bland colors and uninteresting scenery. The character designs also pissed me off a little. Jabberwock looks more ridiculous then he does frightening. The main character has the weirdest, puffiest, bushiest, side burns ever. Every time I looked at him, I couldn't ignore those sideburns.Sound: I had a hard time scoring this one. The soundtrack was completely forgettable. However...the dubbing. Oh gosh, the dubbing, I watched the first season in Jap with Eng subtitles, but couldn't find that format for the second season. So I watched it in English. I..I honestly don't know what to say. It was so ridiculous that it was actually hilarious. I wrote the quotes in a book. Here's a sample:"Everyone's going crazy! They're acting like frat boys on a panty raid!"It's just the way the characters say these lines, and in the situation they use it in that gets me. A little 12 year old boy genius goes around calling everyone "fuck heads", which of course led to me hysterically cracking up for a good 10 minutes.And also, there is SO MUCH cursing in this show. I mean, I don't give a crap about being a potty mouth. I curse all the time. I even get happy when characters in animes curse. But here...it was just annoying after a while. I swear, Hayato's (one of the main characters) vocabulary literally consists of "Fuck, Bitch, Damn, Dick, ass, etc." I literally wanted to punch him after a couple of episodes.Characters:Well, you've got all of them. The innocent girl. The hero who is afraid of his powers. The timid one. The brash loud annoying one. The girl who doesn't trust anyone. Oh, and they all have a troubled pasts. I could go on and on, but for everyone's sake, I'll leave it at that. The hero spends most of the show angsting. Hayato spend most of his time cursing little kids out and being loud angry and just generally, an asshole. The timid one is just there. He does stuff, but you don't really give a damn about him. I felt nothing for any of these characters. When ever they weren't acting like themselves they were spewing cliche statements like "I'll protect the ones I love!" Great great great dialogue. Really. Really makes me want to cry and say "Oh, they're so brave!"Overall:Despite the fact that this series is as mediocre as it gets, I still enjoyed it. I suggest you watch a couple of episodes in season 2. You'll get a kick out of the dialogue. 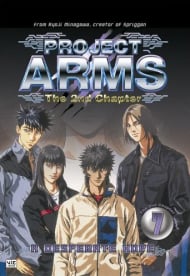 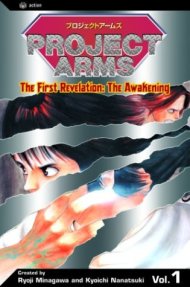