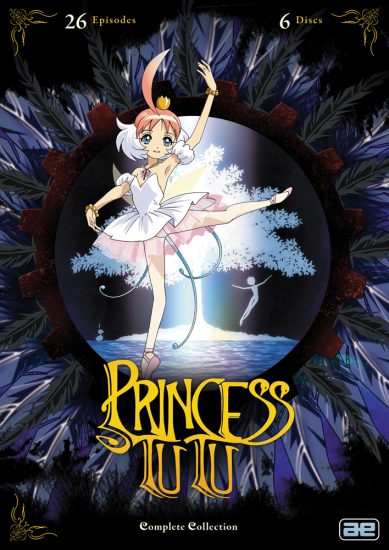 After watching her first ballet performance, Morino Kurumi aspired to become a great ballerina. She entered Hosaka Ballet School and worked towards being the best of her group. Two years after starting ballet, Kurumi is still as eager as ever to become a great ballerina. She meets Hosaka Kazuomi, a young man who further motivates her to become the best. But moving up in this world wasn't so easy, as Kurumi soon gained a great number of problems blocking her goal. From the jealously of her fellow dancers to Kurumi's apparent shortness. Will Kurumi be able to become the great ballerina she has wanted to be?

Sakuraba Taiko has been into ballet since she was a kid. Her mother also used to dance, although she gave it up to take a more traditional life path. Therefore, she was eagerly supportive of Taiko's interest in ballet. Taiko's life was staggered by the death of her mother in a car accident, but she has continued to dance, although her heart is no longer in it. Her remaining family and childhood friends support her as she chases her dream to become a famous dancer.

This story revolves around a young ballerina named Nanami. A talented director, Jin, becomes involved in Nanami's life when her father collapses in his arms, begging him to deliver a bouquet to his daughter after her first major performance. Her father dies, but Jin has seen enough of Nanami to be convinced of her talent. He offers to pay for ballet school if she agrees to act in his troop. Their potential relationship is complicated by Jin's split personality, for his cruel half overpowers his kind side, making their lives wonderfully angst filled and difficult.

Sixteen-year-old Masumi is enamored with ballet; she’s enthralled by performances and practices often to hone her skill. Thus, when she’s admitted into a national competition alongside those who she idolizes, Masumi couldn’t be happier. Through hardships, rivalries and the beginning of close friendships, Masumi will dance her way to the top of the world of ballet with determination and a positive attitude.

Aya Fujii was a star ballet dancer until she made a mistake at a national performance; from then on, she has been stricken with terrible stage fright and believes she could never dance again. However, things change when she sees a performance by COOL, an all-male ballet troupe. Aya is in awe of the group, but is particularly drawn to its leader Akira Hibiya. When she begs to join COOL, Akira tells her that she can join after she wins at the national competition - a seemingly-impossible task for the frightened Aya. Yet the more she falls for Akira and his dancing, the more determined she becomes to gain a spot in COOL.

An aspiring ballerina falls in love with a boy.

A young girl named Honey has been trained by her father to be a dancer, just as her mother was. But when he dies unexpectedly, Honey finds herself in a school for dancers under the guidance of a teacher who hates her for reasons from before she was even born. After throwing away her toe shoes Honey proves she can dance very well with the assistance of Deva, a young boy at the school. When the school’s top dancer has a freak accident shortly after, Honey finds herself onstage…

Maiko is the daughter of a famous ballerina and in her 2nd year of middle school. She is studying to follow in her mother’s footsteps, and her grand dream is to dance with her older brother who is also a dancer and has left home. But there’s another dancer in the wings, a girl named Chiyako who was born on the same day and in the same hospital as Maiko.