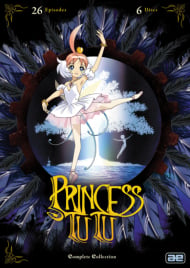 Princess Tutu is one of those shows where everything was working against it. It was animated by Hal Film Maker, a minor studio few know of only as the one which made Aria, a slice of nothing happens. There were no big names attached to the project, and the lack of sakuga quickly turned it into an obscure show nobody was talking about. It’s also easy to see why most viewers would instantly drop something full of cartoonish anthropomorphic animals dancing ballet and doing silly magical tricks in some weird Wonderland. It must have been a show about fairy tales, or aimed to get children interested in ballet.It’s only by paying attention to the details you see what’s so good about it. The animation is often relying on still images, which is a big minus in a show about dancing choreographies, but the artwork is very creative. It’s full of dream-like backgrounds, like you are strolling through a circus of the Renascence, and they are often so detailed it makes it very hard to believe the show was made just for kids. Kids are satisfied with vivid colors, stuff constantly moving and making funny noises, something you will not find very often in Princess Tutu.So you might think it’s probably a mahou shojo for teenage girls. It has romance and magical transformations, so why not? Because it’s not following any of the traditional elements of the genre. You know how there is always a magical animal which gives a transformation device to some average girl so she can use superpowers? Over here, the animal is the heroine. You know how the boy she goes after is obviously going to be her future boyfriend? It doesn’t happen. You know how she uses a magic wand to defeat monsters with the power of love? You won’t get it here. Maybe it’s going for a seinen approach, and it’s cute girls doing cute things. The character designs are implying it, and you can tell apart most characters only by their hair color. It does have some of that, but not nearly enough to count as moe. Perhaps it’s mature for being full of nudity and sexuality? It does have some of that too, the heroine ends up naked after a transformation, and there are bishonens without shirts, and bishojos in leotards. As a whole, it not that much to count as gritty or graphical. Princess Tutu is a bit of everything, it doesn’t follow a specific formula and despite being fairly repetitive, you are never quite sure what’s going to happen next.Oh, I said repetitive, didn’t I? That sounds like it’s episodic and I should hate it. Well, I don’t because it’s semi-episodic. The structure of the episodes is specific and most minor characters appear only for one episode, but things are moving forward most of the time. The progression is slow and simple, but it’s there and you can’t skip episodes without missing something. Basically, Princess Tutu is a subversion in the best possible way. Not only it bends all the clichés, it’s also much more than your average magical girl anime. The setting is stuffed with allegories and there is a dark secret behind the cheery atmosphere. The main characters are evolving beyond the archetype they began as. The ending is not a super happy one and is even a middle finger to those pesky time resets I hate so much. Still, I have to emphasize the problem with the animation, which can be a major blocker for most people who are spoiled by modern pretty colors. What I can mention to offset this issue is the wonderful soundtrack, which is based on the themes of classic ballet plays, and just like everything that is retro, it is magnificent. The voice acting is also on point when it comes to nailing how everyone feels.It’s easily the best mahou shojo ever made, despite never managing to get famous like that edgelord bullshit known as Madoka Magica. It is an unforgettable experience and I highly recommend it over most anime. Especially the modern ones. 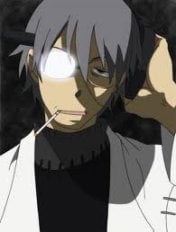 The story for Princess Tutu was simply brilliant. It takes place in a town where stories become reality and the author named Drosselmeyer is behind the story that is currently being told. He is guiding all of the characters through the story and thats what the anime is showing you. It revolves around a duck who was turned into a girl by Drosselmeyer with the purpose of being the main character of the story. Princess Tutu combines fairy tales and ballet to tell the story in this world and it is beautifully done. What I liked most about it is that this is a change from typical magical girl anime. This is NOT all sunshine and butterflies, there are some very dark parts in the series, with others just being flat out tragic. Using the ballet theme they get to show emotions through dancing and sometimes even fighting as well. The music in Princess Tutu is mostly ballet and it flows with the series in a special way. So many popular ballet songs are used like Swan Lake, and The Nutcracker just to name a couple. The dub is mostly great. Luci Christian as Duck and Chris Patton as Fakir take up the large part of the dialogue in the series which is never a bad thing. Mythos voice is a little off at times I think but as a whole it was very well done. The characters in Princess Tutu are full of life and very diverse. Drosselmeyer is the one writing the story and is very manipulative whenever he wants to be. Mythos doesn't have a heart so he is emotionless. Duck is a very determined and dynamic main characters, especially in the realm of female leads. Even the side characters are full of life with the main one being Mr. Cat who is Duck's Ballet teacher. He manages to be silly most of the time but when his students ask him serious questions he is quick to show that he is wise and indeed a great teacher. One of the most entertaining supporting characters ive come across in a while. Final Thoughts - Princess Tutu is a unique show that displays great writing with a rich cast of characters. The title can deter some male viewers but do not be deceived, this is a must watch and it is well worth the time for anyone who likes a great story. My favorite part is just how the story is laid out. Having an anime that is a story within a story is somethng i haven't come across and seeing that the writers had so much control over this is a breath of fresh air for me being that a lot of anime fail to be consistant with storytelling. Princess Tutu has the power to be hilarious one second and dramatic the next without any awkward feeling. I feel its way ahead of anything that ive either seen or heard about in its genre. So if you've been going back and forth on whether to watch this series, just go for it. you'll thank yourself later. 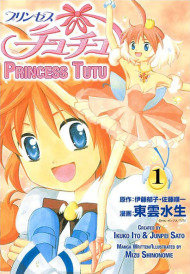