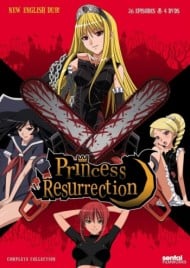 Hiro Hiyorimi is a boy who moved to the city to live with his sister; but as he was walking around town one day, he sacrificed himself to protect a girl from being hit by falling beams, and subsequently lost his life. Her name is Hime, and she is a princess who has the power to revive the dead with the flames of life. In return for reviving Hiro, he must work as a servant to protect her from any harm that comes her way. Yet even though Hiro now has a partially immortal life, his flames of life must be recharged daily or he will die yet again. Hime’s life is targeted by her siblings because the throne of the royalty is at stake, so Hiro must step up as a faithful servant to protect her life at all cost!

This is a great anime....If you have absolutely nothing better to do and/or are eating in the meantime or doing something else that means you don't really have to pay attention to what's going on.So, after watching the whole thing I indeed need to edit this review.Not only is this mostly good as background noise, it's incomplete too.No wonder the story is lacking and dimwhitted. No wonder I keep getting the feeling this whole show is mostly filler...It's been based on a manga that is still ongoing AND every episode of this anime equals 1 chapter of the manga!! Admitted, the chapters aren't 18-24 pages like most manga's, but 46-56 or so, but still, that isn't a whole lot if you want to animate that into 20 minutes.And then getting to the end of the anime, they only end it with more filler, just when there was finally something going on that may have had something to do with the main storyline again.In the mean time, the manga has grown to 74 chapters and this anime was produced in 2007.So, either they are extremely late, or they don't intend to continue with animation at all, which, given the quality of this anime, isn't really all that surprising at all.Those are all the reasons for me to encourage you to read the manga if you are interested or just drop the whole idea of this story altogether.Nobody likes to put time or effort into something that isn't really very satisfying and in the end, turns out to be completely meaningless, right?

Don't bother. It's not awful, afterall it kept me interested for a little while. However, it's not worth making time to watch.  Story: It's not even complete. Very little is ever explained. There are these other realms and these other beings that we get no information about. Each episode is seperate for the most part. They go in order, but they don't really flow into one another. Honestly though, it's so incomplete, there isn't much more I can think of to say. Incomplete sums it up. On the other hand, some episodes have plots of typical horror story themes which I rather liked. There is horror, and occasionally some of the things are funny. There is some romance, but it's mostly hinted at.  Characters: The characters are predictable but at least there is some development to them. There is some background story for most of the main characters. However, because it's so incomplete, the background is rather limited. The characters had oprotunity for more growth and development at least.  Sound and Animation: Both are about average. There isn't anything special about them, but they aren't bad either. Some of the sound used at times seemed a bit awkward, but otherwise, it was just average. Overall: There is enough there to make an okay story, but it wasn't completed and therefor it's pretty useless. There is no conclusion to any of it. There isn't even enough to make a good guess how it would end. Overall it gets a 4.5, and I think that is rather gracious. For being so incomplete, it shouldn't get more than three, but it's not totally awful and didn't bore me to death so it gets a 4.5. 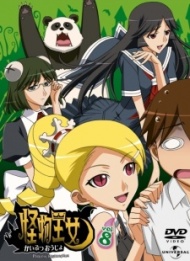 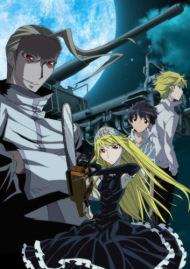 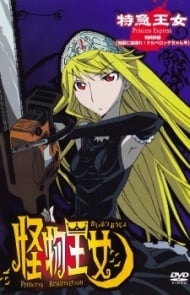 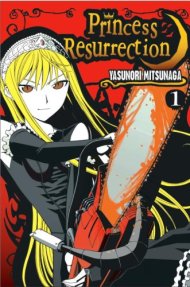 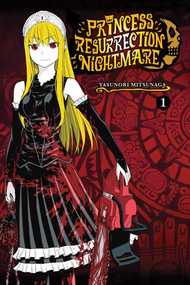