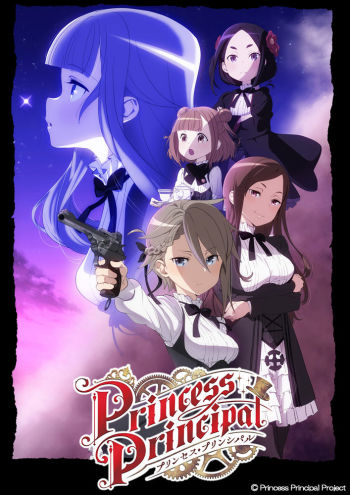 At the end of the 19th century, London, the Kingdom of Albion has been split into East and West sides by a giant wall. Five girls attend Queen's Mayfaire, a conventional and prestigious school. Under the guise of regular high school girls, they act as spies under cover. Disguise, reconnaissance, infiltration, car chases... Each girl uses their own set of special skills to dart around the world of shadow.

Fall of the Wall

if you enjoy anime girls doing different things than you might as well watch this show it’s not terrible but other than a few standout scenes the show does nothing to make you feel on the edge of your seat or wows you throughout the season. that being said it is not a bad show so if you need to find something to watch then go for it. it is a bit different setting from the usual shows just don’t have high expectations. should there be a second season that follows through and delivers a better sequel then it might be a little better I’m going to give the normal review there may be a spoiler, but I’ll give for warning and it will be near the end first is the animation, it’s had its moments for sure with some very fluid animations, good lighting, good backdrops, nice effects and good fight scenes whenever they decided to come around. also, the CGI wasn’t terrible and was only used on the car and trains and only for the last few episodes. my only complaint was the lack of detail on the faces on some of the characters. why studios make many of the male characters with unique facial features, yet every female is a doll with four different features: hair, eye color, height, and how curvy they are. if I remember only 3-4 female characters stood out and not by much. Sound, it was par for the course some scenes did a great job with steam, gunfire and other effects for the better scenes but other than that I couldn’t help but notice that some of the scenes felt empty a bird chirped every now and then but as most people who go outside birds are loud and they don’t stop chirping neither do bugs some pretty good shows with good white noise have the persistent noise in the background without it being too soft or to loud. the music was decent but during the end of the show it seemed like it was missing some edge to it there was nothing that made me feel like there was something dark or suspenseful. all I can really say is that the opening for the show is pretty good the characters are a weird one. each of the main cast gets at least one whole episode to themselves giving them back story and some amount of depth the only problem is that other than D & Ange most of them lose that depth as soon as the credits role. I don’t know how to quick fix this either if they make a second season I guess the only way to really show up and show out these characters is to put them in different situations that allow for them to act differently or to challenge them. or maybe give the other characters more screen time. the dialouge between the characters seemed natural and there wasnt most of the usual speaking tropes that comes with anime dialouge. i did watch it in dub though and it was acutally pretty good the British speak seemed a bit proper at some points but they acutally sounded british or like a japanese girl trying to speak english so good on them for that he story: this show could have been better if it thrust itself head first into the dark and gritty spy theme and at some points they did I won’t spoil them since some of them carry a lot of weight and kept me interested in the show. instead they stand on the wall not knowing whether to make a spy thriller or "cute girls spy for the people" comedy and I commend them for trying to keep it light when it was supposed to but when it was dark there wasn’t really any follow through afterwards. I felt like every character was safe and that any new one that showed up was only there for that episode the formula repeated itself readily. they definitely should have thought about the direction of this one a bit more because I do think that if a 2nd season comes out and it becomes a darker themed show withe same natural dialogue then I can for sure think that this could be a knockout series.

One of the reasons that I like Princess Principal so much is that it’s fun. Dark at times, sure, and with a cast of interesting characters, but above all, in a year that’s been very patchy insofar as anime talent, it’s genuinely fun to watch. Often, it reminds me of a weird mix-up between 91 Days, the Dishonoured video game franchise, and Gunslinger Girl, the lattermost in particular. In fact, though I did like Gunslinger Girl for all of its flaws, I think that Princess Principal is even better. PP centres us in a fictional late-nineteenth century version of Britain known as Albion, which has been divided into two via a wall (clearly inspired by the Berlin Wall). The Commonwealth and Kingdom of Albion have thereby emerged as players in a ghost war between spies, agents and double-agents. The main cast is composed of girls from the Queen’s Mayfair Academy for Girls, an institution of the Kingdom of Albion, who are all agents for the Commonwealth and working towards ‘Operation: Changeling’, by which they aim to replace the Princess Charlotte (fourth in line for the throne) with a doppelganger. In a strange turn of events, however, the real Princess offers her services to the Commonwealth and begins to operate alongside the other spies. One immediately striking aspect of Princess Principal is just how stylish it is, contributing to the sense of ‘fun’ I mentioned earlier. From the jazzy opening to the gloriously-drab (that’s an intentional oxymoron by the way) setting of Victorian-analogue London, to the costumes and the overall tone, there’s a great sense of place and atmosphere that prevails throughout the entire series. Back allies and the homes of the aristocracy make for great locales in a weird cold-war-esque tale of subterfuge and back-stabbing; like 91 Days, there’s a ‘realer-than-real’ ethos to everything from the superfluously British surnames and titles, to the name ‘Queen’s Mayfair School’ itself, which I think is genuinely ace. This, by extension, aids the plot tremendously, given the focus on conflicting loyalties and the clandestine nature of spying. Though I sometimes question the necessity of having a non-linear story progression (the first episode happens well after the next two in terms of chronology, and the shuttling back and forth throughout doesn’t really add to anything), it’s easy to be impressed by how competently-written the most of it is. Though not quite ‘episodic’ in a generic sense, many episodes consist of stories that, like Gunslinger Girl, focus in on one or a pair of girls in order to reveal backstory or develop their characterisation. It works well on the whole, and with a main plot running through the season concerning Operation: Changeling, it doesn’t have the aimless feel that (IMO) a lot of semi-episodic series like Cowboy Bebop and Black Lagoon sometimes have. Like Gunslinger Girl, one of the key points of interest is the conflict between the very ‘adult’ world of death and betrayal, and traditional notions of childhood innocence and bonds. It is often disturbing, but not crassly so, to witness what some of the characters are forced to do in the name of duty. The writers also handle the notion of lying in a very interesting fashion; Ange, the protagonist, is experienced as a constant and almost pathological liar, but these lies have very different functions throughout the plot and can alternate wildly between those that, again, belong in the adult world of sabotage and assassination, and those that are seated in the realm of white lies, and lying to save a friend. In other words, one is constantly presented with the unmistakeable fact that these are not just spies, but teenagers and young women. Names, pasts and identities are all changeable and, while certain early revelations are *almost* difficult to keep track of, this does entirely suit the themes and premise of PP. Meanwhile, the relationships between the girls are usually smartly-written and you start to genuinely feel for these characters; in particular, the dynamic between Princess and Principal, Charlotte and Ange, is probably my favourite of 2017 thus far. One can’t be too specific given just how easy it would be to give away spoilers with this kind of story, but I was entertained all the way through. There are some vaguely annoying sequences whereby one of the girls is regularly employed as a distraction and the camera aims leerily at her chest (I understand that the point is to have a POV shot from the guard's perspective but it just comes across as the wrong kind of fan service) but on the whole the female representation is pretty dope. We even have some fairly tacit hints at same-sex romantic frissons going on, which i also thought were well-handled. Visually, PP is impressive, as I've already alluded to; more than just being stylistically cohesive, it LOOKS like a 2017 anime series, more than I can say for certain others released this year (Chronos Ruler, Clockwork Planet, etc). Action sequences are consistently entertaining and have the punchy, flashy-but-well-coreographed tenor of other great series' like Fullmetal Alchemist Brotherhood and Fate/Stay Night UWB; they sit in a comfortable place between sci-fi and what can very loosely be described as 'realism', again befitting the show's premise. I was also impressed by the voice cast; none of the voice performances stood out especially but I think that's because the base-line was fairly high, the ensemble cast generally impressive, and even characters like Beatrice, who others have called annoying, had quality voice-acting attributed to them.  TL;DR Princess Principal is a genuinely fun little series with well-written female characters and relationships, some cracking action set-pieces, spy thriller elements and lots of style. With high-quality animation, a decent score and the potential for more to come (there's a rather clumsy cliffhanger ending that isn't especially satisfying, but it's far from the worst I've come across), I hope that this one doesn't get forgotten by the time the year's over and Top 10 lists are in progress. 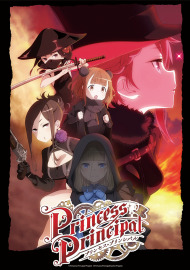 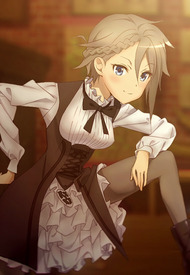 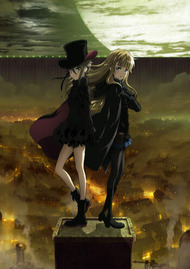