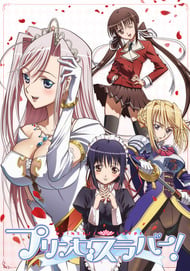 One day, after a visit to his parents' grave, Teppei Arima spies a damsel in distress, and nobly saves her from a gang of thugs. Relieved and grateful, she introduces herself as Princess Charlotte Hazelrink. Thinking nothing more of this, Teppei soon receives a surprise call from his grandfather, informing him that he is the heir to the Arima business empire and therefore one of the richest men on the planet! Teppei is introduced to his personal maid, Yuu, and various blue-bloods, among them his arranged fiancee, Sylvia - a fencer with a tongue as sharp as her blade. At school the next day, Teppei meets more new faces, including the snooty Seika Houjouin, and - much to his surprise - Princess Charlotte Hazelrink. Still awkward and uncouth, Teppei must somehow adjust to high society. With girls pursuing him at every turn, however, that may be the least of his concerns...

The first half was enjoyable fluff. Big-boobed, ecchi comedy that flows very nicely. Had it continued in that vein I would have given this anime an 8/10. The second is incredulous to the extreme. When foreign mercenaries with automatic weapons and bombs commit acts of terrorism, abduction, and grand theft railroad do you contact the authorities or send the nephew and butler over-seas on a special-op mission? It's so stupid I was face palming every five minutes and shaking my head in-between. So for the second half 4/10.

Princess Lover -- Originally an Eroge (Erotic Visual Novel), Princess Lover was one of those typical settings where the main character's world suddenly changes, as he is cast out into a totally new society, both at home as well as outside and inside of school life. However, Princess Lover, has one thing that most other adaptions fail to present. A likeable main character, namely the protagonist.Story - 8/10The city is in an uproar as rich people are being targeted by unknown assaliants. A fateful day, unbeknownst to Teppei, is the day where he would see his parents last time.With the rather dramatic death of his lovely parents, Teppei ARIMA is taken in by his mother's father. His grandfather, Isshin ARIMA, is the head and owner of a mighty Japanese industry and is considered to be among the wealthiest men in the world. Being old and without any children himself, Isshin appoints Teppei as his successor both in blood and calling.The story goes on around an intrigue plot of politics, power, wealth, love and loyalty. And in it's epicentre is Teppei ARIMA with three of his friends. His fiancé, his crush and his admirer. (Not to forget his maid (;)Animation - 8/10 The animation and style is great, there is nothing breathtaking though or for that matter a breakthrough or unseen, but Princess Lover certainly delivers a very pleasurable scenery to accompany the developing story.Sound - 7/10 I didn't pay much heed to the sound to be honest, but I can tell you that there was no point in the show where I felt either touched or annoyed by any of it. In this I include voice acting, choice of music etc. Certainly, the action sequences could have been filled with better music, but let's face it - this anime is an adaption from an Eroge.Characters - 7/10 With the exception of Teppei ARIMA, we have the typical Tsundere, Deredere and Kamidere. That said, the only thing that pulls the character rating over 5 is Teppei, who isn't your standard wimpy fool who lacks both confidence and the ability to comprehend the obvious. No, Teppei is a skilled fighter, smart, but not too assertive youth that follows the choices of a common man.Overall - 8/10 Why? Well - many people bash the anime without even considering it's origin. The show is left with an open ending, where it strictly points out that whomever Teppei chooses would be his own choice. That said, the audience is left to choose. This proves the Eroge origin to be true, because in the Eroge, there is no favourite girl other than the one you choose yourself. The ending aside, I found the show very captivating as it made me really interested in this rather uncommon main protagonist, who is basically a normal guy with guts. My review might be slightly biased, but I think it all sums down to perception, likes and tastes. Enjoy. 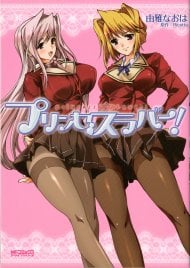 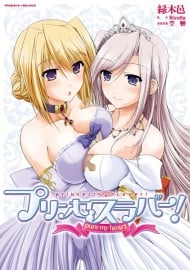 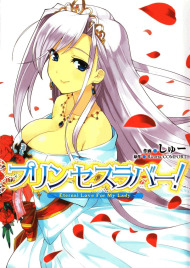