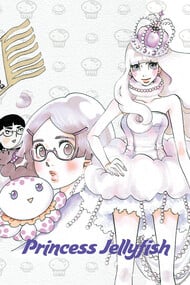 I actually really like this, its way different than anything I really saw. A lot of people do a lot of otaku outcasts but this one has a little different vibe to it. The characters, though their names are hard to remember, are remember-able for how out there and crazy they are. Each one is a otaku in their own way and have different ways of showing it whether it is being crazy about kimonos, to posting old men’s pictures into a scrap-book. A little creepy, but it’s not as bad as it seems. The guy is really cool even if he cross-dresses but he seems normal otherwise. The underlining story is pretty much being true to yourself and never give up on your dreams. The animation is wonderful even if it lacks in some places. It mostly does this when you look between the two ‘worlds’ and depicts Tsukimi’s world and Kuranosuke’s world. It’s not all that bad, but once in a while when the two worlds meet, it’s sometimes a bit harsh of an art style. I really love the designs of the jellyfish and how they actually have a few facts about jellyfish that are supposedly real. I don’t care much too actually look them up but they sound real so its ether true or the actor is rather good at making it sound true. The voice acting for the most part is well done. The English is a little bothersome though I really like the cute voice of Tsukimi and Kuranosuke. I’m not so fond of one or two of the characters in the apartments and it made me cringe the first few times I heard them. Now along the way, I ether got used to it, it got better, or I just didn’t even care about what they sounded like because the story was just so good! All together, it was funny and sweet. Really, if you want funny, This is it! Sadly, it has a very bad cliff hanger right now and I really want to see more! It does make me want to read the manga now but something really tells me that this is better as an Anime then the manga. 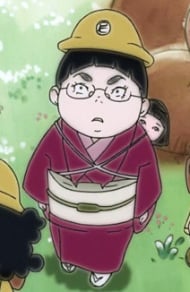 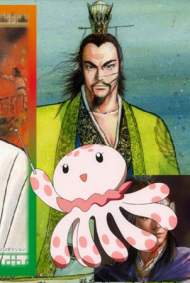 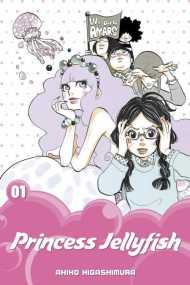