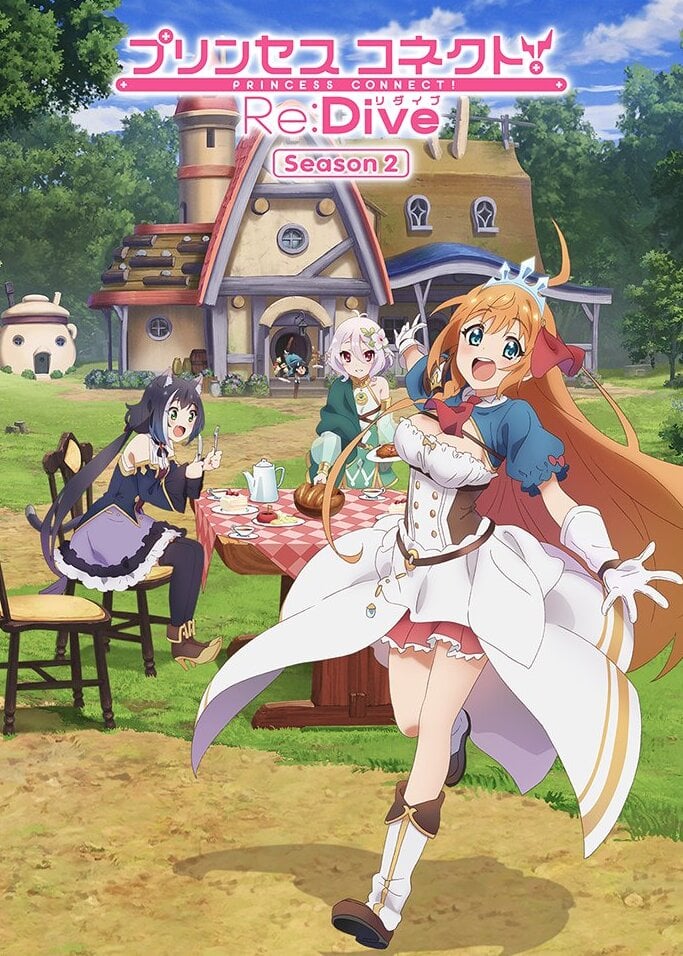 If you're looking for anime similar to Princess Connect! Re: Dive Season 2, you might like these titles.

The final season of Fairy Tail.

Natsu, Lucy, and their fellow Fairy Tail mages return to protect the humanity from powerful enemies, including but not limited to Dark Guilds, dragons, and Zeref, the most powerful dark mage.

An encounter with a strange, coffin-toting girl named Chaika, forever changes Toru Acura’s life as they set out on a journey that will take them across the country and into battle with the mysterious forces that are targeting her!

They deserve better. Someone better than me... The stage is set one year before Ren arrives in Kaminohara. Akira has moved to Kaminohara from Sendai, all for the sake of revenge. The wounds that his sister suffered in an MS battle fuel his vengeance. A lost Haruma is given directions by Akira, revealing a caring side to the usually cold and calculating teen. Haruma observes Akira's violent MS battles, and realizes that Akira fights while reading his enemies' attacks.Haruma proposes the idea of recruiting Akira to his teammates, Aoi and Minami. Surprised and naturally reluctant, Aoi and Minami decide to trust Haruma. For Haruma has resisted recruiting the fourth member of their team, saving the spot for the right person...

Monsters are just a daily fixture of life these days. Ren, Aoi, Akira, and Minami have taken it upon themselves to clear the neighborhood of violent monsters. Days pass, until a transfer student from America, Mana Livingston, appears in their class. Mana quickly becomes a friend as the gang bond over their monsters. But a creeping shadow begins to lurk in the darkness, a harbinger of the danger to come. A new chapter of Monster Strike is about to be written!

Minami's father, a former mercenary, is invited to an American naval party. Ren and the gang end up heading to Okinawa with him for summer break. On a sandy beach, Ren meets a mysterious girl."Help me..." The girl leaves Ren with those words as she disappears.Ren is drawn to the girl and the meaning of those words. He makes it his mission to save her, and uncover the truth. Who is the girl? Why did she ask Ren for help? The girl's true identity slowly unveils...

The short movie focuses on Favaro and Kaiser between the events of the first and second series.