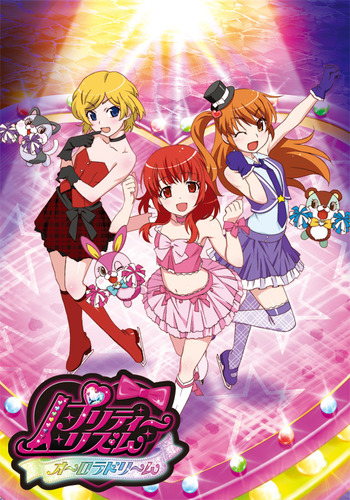 My favorite anime ever!! I really like the story line and I love the main character Harune Aira! I already watch the anime 99 times. The plot is good and the fashion in the anime is awesome!! 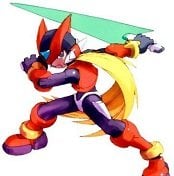 I've seen some of the and believe me, it stinks. All I see is fashion along with singing and dancing while ice skating is rather silly and nonsensical. And what's up with the talking plush, it's even more embarrassing that most of the overall demographics all around the world would find it just plain ridiculous, even teenage girls wouldn't find it interesting. It is rather pointless to deny the fact that Pretty Rhythm has just gone downhill.

The story's more likely to be bland. It's about girls becoming figure skaters, models and singers all in one, how sad is that? I don't know much about the legal age part in the job system in japan, but I think they don't take in middle school students especially for something as stupid figure skater, model and singer all at the same time. I even seen the second anime opening and I would say two words "creepy smiles" even boys and girls of grade school age would find this show to be creepy. furthermore, this show I have zero intention of watching.

Ice skating plus singing and dancing? Wrong. As a person of common sense, I would say that doing something this stupid will put a person a one-way ticket to the emergency room in a hospital. And what's worse is that they're using pom-pons in a performance. that's even worse than anything else. I don't know who's the poor sap who's gonna license this thing, but whoever did is going to be slapped with a bill with a huge fine printed at an estimated total equal to 30.2 Trillion US Dollars. What have happened to the anime industry in comparison to the better anime series like Aquarion, Sailor Moon, Cardcaptor Sakura, and so much more.

In the end, I would give this show at a one out of five stars for the overall anime and all of its episodes.

cybermeister has spoken and his decision is absolute.

It's amazing, it has everything I wished for an anime !!

The romance, the teamwork, and the plot.