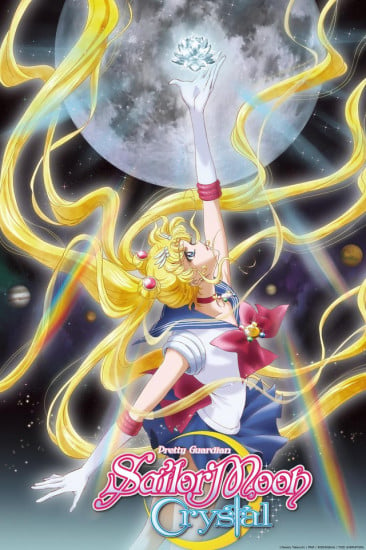 If you're looking for anime similar to Pretty Guardian Sailor Moon Crystal, you might like these titles.

Momomiya Ichigo was a normal girl, worried mostly about her crush, Aoyama Masaya. However, just as she was finally able to date him, she was struck by a mysterious beam and everything changed. She is now part of the Mew Project, genetically fused with an endangered species of cat. With her new powers and companions, she must protect the earth from invading aliens.

Both of these shows are about young girls who are given magical powers to help save the world from evil forces! Girly themes, romance, friendship, fight scenes, and magical transformations...these shows are very similar! If you don't mind watching something a bit older, Tokyo Mew Mew is a good choice!

Both are magical girl shows with a team of five. Both further contain a male character acting as a mysterious protector to the main heroine, as well as a love story. If you like one you should check out the other.

Both Tokyo Mew Mew and Pretty Guardian Sailor Moon Crystal is about school girls in junior high founding themselves saving the human race from destruction while protecting their love ones and balancing their school lifes. 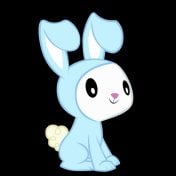 based on a girl main character in an attempt to save the day, certaining a good suggestion on both accounts.

Both are feature magical girl teams fighting against evil, as well as princesses and a love story. Furthermore, the shows have similar main characters (in personality, as well as visually).

These animes both bring a sense of nostalgia. They present innocent themes for young children (namely girls), which include (of course) young love and romance, and princesses. But of course these aren't just any princesses, these are princesses that can transform and protect their friends.

Both are magical girl shows, with some romance on the side. They are made for the same audience, and as such the same people will likely enjoy both.

magical girl saving the world and everyone knows the are similiar... i don't hte 100 characters so I'm just filling in because you know they similiar and you will like it

Fans of Fushigi Yugi may also enjoy Sailor Moon Crystal. Both center around a lovable odango-haired heroine, and have elements of drama, romance and magical abilities. Both series are also presented in a serial format rather than the episodic "monster of the day" format common with many shows (including the classic 90's Sailor Moon series). This allows the stoyline to move at a steady pace without being bogged down with a lot of filler.

it's a lot similiar... senshi who have to fight for the princess, normal girl is the chosen one. even the simbol appears on forhead too... and a good love story

In both shows a group of people aquires magical powers to fight the world from evil. Binan Koukou Chikyuu Bouei-bu Love! is parody like while sailor moon is a bit more serious.

Now that you've watch one gender fight crime and triumph over evil with the power of love, why not switch it up a bit with the other gender. From talking animals to color coordinated outfits, these two anime are quite the pair.

If you like magical girls, or crave more magical girls, I absolutely recommend Madoka Magica. Madoka's friends actually have personality, are distinct, and you feel for them. It's everything Sailor Moon used to be and more.

Both of these anime feature young girls who have the ability to become magical girls. When evil and heartbreak threaten the world, these girls fight to stop it. Both anime are really good at showcasing the insecurities of the girls because even magical girls have feelings.

This is the new Sailor Moon, the old one is also not only a classic but is EXTREMELY similar to this anime.

If you'd like some retro shoujo vibes in your modern magical girl series, both of these shows fulfil that need.

Both are magical girl shows focusing on a team of five fighting against evil. The characters are noticably similar, but with their own quirks. If you like one you should check out the other.

Both are shoujo shows with a clumsy main character who's also a magical girl fighting against evil. Both shows further have love story elements to them.

The sporty Nagisa and the bookish Honoka are ordinary middle school students, but when two strange creatures called Mepple and Mipple force them together to form the magical girl squad Pretty Cure, their differences soon give way to a developing friendship. But being a hero of the Light is not all roses! Will there be enough time for studying, playing lacrosse and cute boys in between their battles against minions of evil?