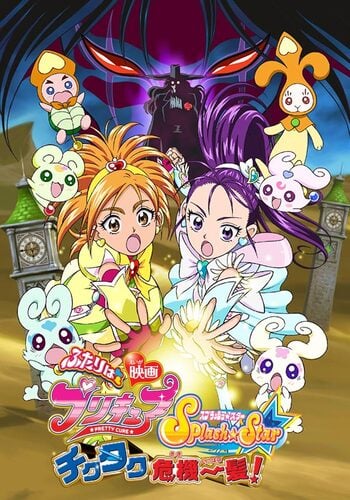 If you're looking for manga similar to Pretty Cure Splash Star Tic-Tac Crisis Hanging by a Thin Thread!, you might like these titles.

Rumors have spread of a Magical Girl with the ability to cancel death. To confirm these rumors, the Land of Magic sends two Magical Girls to investigate. What they found instead was a large dome-like barrier. Inside were a group of Magical Girls, calling themselves The Resistance. They claim to fight against what they believe is the corrupted regime of the Land of Magic. As the Land of Magic loses contact with their two agents, tensions escalate as both sides are locked in a clash within F-City.