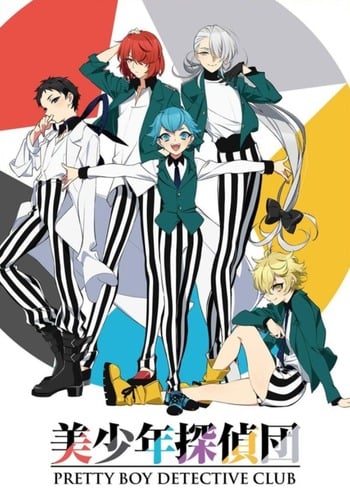 Suzuhara Mugi is a fifteen-year-old on a mission. She is determined to somehow get onto the campus of Shoukei High School, one of those super super elite private high schools. Mugi is searching for her missing sister, her only remaining family, and she has been led to believe that someone or something on the campus of that school will help her in her search. Unfortunately, that strict school security is preventing her from getting onto the school grounds. However, her luck changes when she literally runs into Midou-kun, the son of an insanely rich mega-corporation president, and elite person at the school. Midou is not impressed with Mugi’s sob story about needing to get into the school. He is a very smug and arrogant rich guy. But he can be reasonable, and he eventually strikes up a deal with Mugi: he will get her onto the school grounds in exchange for some labor on her part. She must come to his house and work as a maid!

Nareh and Tareh are fraternal twins, Nareh the elder sister and Tareh the younger brother. When Nareh learns that Tareh has been accepted into the all-boys Ordinary School for the purpose of achieving his crazy dream, she is shocked, and prepares to stop him at all costs...

"I'll annul our engagement!" My fiancé suddenly declared?! Apparently he's in love with the recently transferred count's daughter and is planning on making me the villain in order to annul the engagement. Although I have no lingering attachments about the engagement, I do have to claim a hefty consolation fee don't I?

With her father having disappeared and her mother lying in a coma at the hospital, Homare inherits the responsibilities of the family hot springs inn. But where did all these guys come from to help out? And what will happen to the firm rule of no love?!

A calm, quiet life at a new school is just what Aria needed. Unfortunately, it's not what she got! Chosen as Student Council President on her first day, Aria's attempts to just fit in are ruined by her nosy new classmates. Since she can't beat the use of her mocking former nickname, "The Lovemaster" she decides to go with it and turn the Student Council into a dating service! That's great for the school, but will Aria ever solve her own love troubles?

Meimon Academy boasts about their perfect princess, Tachibana Hana (16). Her family’s enterprise fails, suddenly – there’s nothing left!! There are conditions for her to remain at the academy; she is put in charge of taking care of 3 VIP boys. Their looks are good, their pedigree is good, but really those guys aren’t really like that at all…!?

After her grandmother passes away, Koume is all alone. In accordance with her grandmother's will, she moves to Tokyo to look for her new place in the world. She finds a house that she has to share with two super cool guys!

Aya Tachibana is a sixth-grader who frets and obsesses over friends, family, grades, and more. One day, she joins the "Tantei Team KZ" with four very idiosyncratic boys she met at cram school. There is the glib and attention-grabbing leader Kazuomi Wakatake, the mysterious "expert of personal relationships" Takakazu Kuroki, the smart and stoic math genius Kazunori Uesugi, and the sweet-hearted Kazuhiko Kozuka, who is good at social matters and science. Aya finds her place among them as the "language expert." "Tantei Team KZ" gets involved in modern-day cases, and even if they bicker from time to time, they collaborate by pooling each of their talents and skills to solve these cases.

Uri was just a normal, average female high school student, but, one day, she suddenly got three older brothers!! Not only that, but they are all extremely handsome?! Surrounded by big brothers like that, who will be Uri's first love...?!

A cute story about Honoka and the guys she has to live with (a pair of twins in kindergarten, a junior high student, a high school student, a college student) as well as the other guys she meets in school. Honoka is generally a sweet, naive girl which draws an assortment of guys who instinctively want to protect her and maybe become her boyfriend...