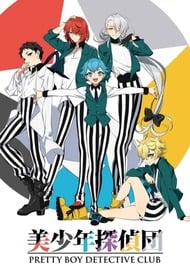 Pretty Boy Detective Club accomplishes what few other anime even try. It has a coherent vision for the message it wants to convey, and the anime’s entire staff aligns every facet of the show towards that vision. The thesis of the show is clear from the very first frame, beauty and aesthetics above all, even at the cost of reason and practicality. This is why despite not having the tight writing of a show like Odd Taxi, the staff at Shaft understand how to represent their abstract ideas in a way that will reach their audience. The story of the detective club is, like most other mystery anime, organized by short cases with an investigation, collection of evidence, deduction, confrontation, and conclusion. However, it becomes clear from the outset that the way these mysteries are presented is not that of your typical Sherlock Holmes detective serial. The cold reasoning that defines the genre is discarded in favor of a relentless pursuit of elegant, beautiful answers to the case’s questions, regardless of whether or not the most beautiful answer possible is at all reasonable. This search for beautiful explanations in the detective club’s cases redefines the purpose of being a “detective.” Rather than a search for truth, the detectives are on a search for beauty, and in a way, are more artists than detectives. This is further evidenced by the fact that the confrontation, the climax of most detective stories, is often glossed over in these short arcs. It’s almost as if it doesn’t matter whether or not the mystery is solved, but more so if the club discovered the beauty in it along the way. The characters of Pretty Boy Detective Club each have their own interpretation of beauty, giving varied perspectives on the cases they try to solve. While they have their own unique skills (some ridiculous ones at that), they’re also not afraid to showcase and admit their flaws. I’ve gone on record saying that I enjoy when characters wear their flaws on their sleeve (e.g. Nichijou), and this anime is no exception. The fact that they call each other “delinquent,” “lolicon,” and “scum” shows the extent of their friendship and makes it feel more genuine. Akiyuki Shinbo returns to the director’s chair as chief director (with Hajime Ootani) and many of his trademark qualities from other Shaft shows he’s worked on are present again in Pretty Boy Detective Club. Text frame transitions, head tilts, and exotic cinematography influenced by the French new wave are present in some form or another. If you’re a seasoned anime watcher, you know what to expect at this point from a Shaft anime, and if you don’t like it then that’s okay. Just don’t expect them to change. This show is severely underrated. It may not be for everyone, but if you’re a fan of other Shaft works, especially the Monogatari franchise (also by NisiOisin), then this is must see TV. The first arc is only 3 episodes so it’s an easy anime to 3 episode rule. If you skipped over it for the spring 2021 season and are bored of the rather… lackluster summer 2021 season then now’s a good time to check it out! Also, the OP goes with everything.

This anime is really interesting. It can't be discussed. But I am not sure, if it's interesting in good or bad way. I think it's 50/50. Sometimes it was quite of boring and sometimes really exciting. The characters was fine but not the best of the best. I like when is in anime many of personal life of main characters, but there wasn't anything about that and I think that is pity, because it can be really nice. I really have to appreciate the animation - when they were talking about some detective things,  animation was always change in some new kind of animation and it was really awesome! So I think that Bishounen Tanteidan is not for everyone, but if you are interest, there is no reason why not to watch it.

Great story, plot and animation but all the characters are middle schoolers, the youngest being 11 and the oldest being 14 yet they do not look, sound or behave like that at all. Would've been much better if they were at LEAST high schoolers. It made it very weird and felt just wrong because of it 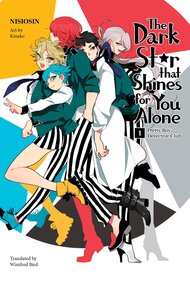 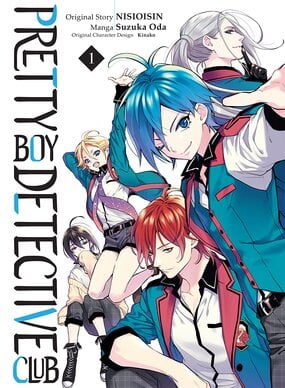