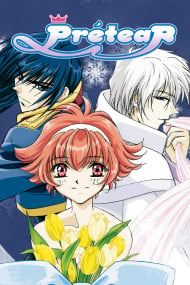 I watch anime for a number of reasons, but never before have I watched an anime for the sole purpose of writing a review for it. But this one, ooohhh this one…after watching the first episode I changed my watching status to dropped. I couldn’t do it. Everything about this anime is way cheesy and I thought I simply can’t waste my time on something like this. But, after watching a few episodes of some other (better) anime I made the decision to finish this series so I could write a review for it. No, I’m not writing this to completely bash the show and no, it didn’t get any better, but I feel this odd sense of responsibility towards writing a review… perhaps to warn you or make you chuckle a little. I don’t know. What I do know is this… Story- 4.5/10 Okay so the story wasn’t the greatest idea of original thinking…in fact it wasn’t original at all. Seven knights? Stepmother + two step sisters? Snow? White? Sounds pretty original huh? I realize that they kind of did this on purpose and trust me I’m all for knockoffs and spin offs and other offs, but I guess not this one. The story goes like this, normal girl (Himeno) goes from poor to extremely-over-the-top wealthy when her father marries a widowed millionaire that owns the town they live in. She’s all depressed cause being rich sucks I guess, when the seven Liefe Knights show up and tell her that she’s someone special called the Pretear. Liefe is the source of all life which the Liefe Knights have sworn to protect. However, an evil power is trying to suck all of the liefe from the world and the Liefe Knights need Himeno’s help as the Pretear to stop it. Not the worst plot to begin with right? Honestly, I started to watch this anime because I thought it would be pretty interesting to see an anime version of a fairytale; it just didn’t cut it for me. The underlying story may have been pretty interesting but the direction it took towards the end and the simple lack of creativity drug the plot down quite a bit. Animation- 4/10 There wasn’t much to it. Pretty standard and a bit cartoony for my taste, but not the worst thing I’ve ever seen. Actually, now that I think about it, it fit pretty well with the overall feeling of the show. Sound- 2/10 I watched this English dubbed which may have been my downfall in this category, but seriously…sucktastic. Illich Guardiola (Hayate) made my hit list with his very first sentence. Bleh! It wasn’t even the annoying tone it was the voice acting in general. I’m pretty sure a two year old could have portrayed feelings and emotions better than this guy. The other knights had some pretty annoying voices too but his was definitely the worst…perhaps ever. I’d like to think that for some of the characters the lack of intriguing dialogue…or any dialogue that didn’t make me face palm, was the source of their demise but I don’t think it would have improved their status by much. The opening/ending themes were probably okay…I didn’t pay much attention to them. Characters- 1/10 This is where the brutality will ensue. I will admit the idea behind the knights with their individual powers that they can lend to the Pretear is pretty neat. However, none of them lived up to what I would have expected from a knight with super cool powers. They were just so lame and cheesy and oh so transparent. The only character that didn’t make me die a little every time they came on the screen was Shin…and he was a toddler that hardly spoke. “Snow White” is a spunky ditz that whines about not being able to do stuff right…but then later saves the world because she has a pure heart or some silly thing. Her love interest is wait, can you guess it…the tall, dark and daring knight that wants nothing to do with her at the beginning because he’s afraid of feelings. Crazy how that works huh? The quiet, second-most-powerful guy turns evil because he feels inadequate, the fire guy is cocky and likes the ladies and the kids are childish and don’t really contribute to the fighting all that much. Oh! And the best part is they are trying so very hard to defeat the oh so sinister Princess of Disaster. PRINCESS OF DISASTER! I can’t think of a more chilling and evil name to give your just as transparent (but I won’t spoil with spoilers) villain. Even Himeno’s family was boring and overdone. The affectionate dad, the cold new stepmother, the bitchy, plotting stepsister and the depressed-but-doesn’t-show-it other stepsister…come on. Overall 3/10 The only entertaining thing about this show was the fact that it’s one big sexual innuendo. I busted a gut every time one of the characters said “Preat with me” and then commenced to merging in a flash of color and nudity. I said I wouldn’t completely bash the show so here’s my one positive comment, it made me laugh a bit and I guess it made me appreciate other anime series. Unless you just have to find out for yourself or you’re a completion fanatic like me, don’t waste your time. Another time, another review.

LTS : Pretear is a very fast moving story and short anime, but very entertaining. The romance between the guys aren't rushing, it's still in a steady pace which is what I love! Everything was at a steady pace, It was like watching 20 episode when it was actually only 13. (If you know what I mean) Not many episodes sadly, making me ask more questions about what happens next, thoughts full of questions & in the beginning of the story girl (main character) was kind of annoying with all of her questions, which was why I gave the story and characters a 9. The animation & sound was perfect as usual, but the characters can tend to piss you off with their attitude. Much comedy, romance, and action.  For sure worth watching! - LTS 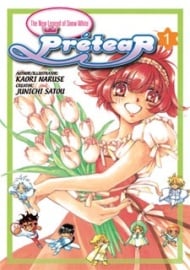