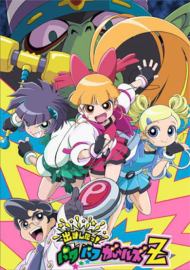 One day in the lab, Professor Utonium, his son Ken and the digital pet Peach accidentally discovered the recipe for the powerful Chemical Z - after which large glaciers started to appear in the city! After firing the chemical into the glaciers, beams of white light fell from the sky onto three unsuspecting high school girls; and thus, the Powerpuff Girls Z were born! Now, the boy-crazy Momoko, popular Miyako and tomboyish Kaoru must protect Tokyo City from the evil monkey Mojo and other villains, while trying to live "normal" high school lives!

I love it IDC if its a ripoff u guys should like it too but everyone has opinions!!!!!

Powerpuff Girls Z is magical, creative, and adorable! Ignore the hate reviews, trust the words from the picky. This is a completely upgraded version of the original Powerpuff's. Powerpuff Girls has never been more addicting than ever. The story is still the same but the girls have to have belts and instead of flying off just like that *snaps fingers* , they'll have to transform using their belts.  There's more comedy the original and every episode is actually different. Especially when the boys appear within the anime, what a mess they'll make, LOL! The villians always have new ideas and never repeat with the same thing over and over.  I'd reccommend this to anybody who likes or dislikes the original version of PPG's. Give it a try and you'll love it in an instant! 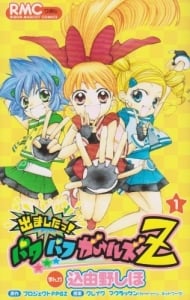