Pokemon Movie 8: Lucario and The Mystery of Mew - Reviews 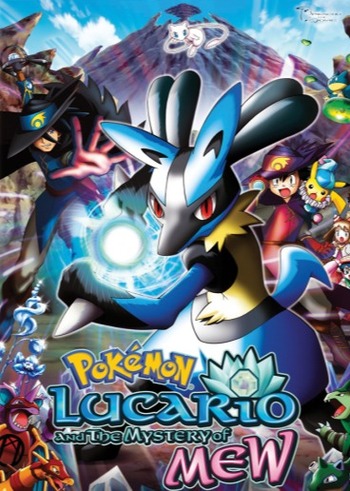 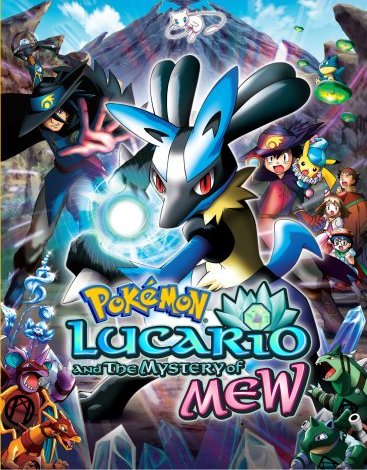 I don’t necessarily want to be labeled as that guy who reviews Pokemon stuff but after seeing the two very drastically different reviews for Pokemon Movie 8: Lucario and The Mystery of Mew, there was a dire need for a decent review.

Like many major anime franchises such as Bleach and Naruto, Pokemon has many movies that accompany the different seasons airing. While some of the Pokemon movies seem rushed out and bland, I believe Pokemon Movie 8: Lucario and The Mystery of Mew is a very well done movie wrapped around a fairly good cast.

So the eighth Pokemon movie centers around the Pokemon Advanced cast of Ash, Brock, Max, and May which happens to be my 2nd favorite overall cast in the Pokemon universe. Ash and company are visiting a festival that has a pokemon competition as the main event. Ash does his thing and wins the whole shibang creating the starting point for the movie. Without giving too much away, things happen and with the help of Lucario, Ash and friends are off on a quest to save a freaking huge tree. It might sound uninteresting from my horribly written summary but to tell you the truth, this movie is based mostly on the backstory of Lucario and the chemistry he and Ash form. The plot is interesting enough to hold onto and I generally like the beginning, middle, and ending.

It’s really hard to judge the animation because it might be a hit or miss for some people. The animation looks like it has some sort of filter (can't really describe it although its not a negitive thing). The production values from what I can tell were pretty high as some of the scenes are beautiful and full of outstanding reflections. The overall color palette emphasizes on dark shades and bright colors (very bright reds and greens) which works for me. Other than the big important scenes, everything else looks fine and not hard on the eyes. I rarely experienced any frame rate or blurring issues when watching the film. It looks great and everything is fluid.

***This is biased off of watching the English Dub***

I have always watched Pokemon in English since I was a kid and watching this in English made me respect English speaking voice actors even more than before. Every character has a very nicely done dub to accompany the animations of the characters. Ash, May, and Brock (I didn't check for Max but I am pretty sure its the same as well) have the same voice actors as the ones in the series, Pokemon Advanced which to loyal fans is a plus. The musical score is average at best, mostly consisting of orchestrated songs and pop one here and there. The pokemon sound like…pokemon. What I’m trying to get at here is that the English Dub is quite good and everything else works. Not spectacular but not horrible.

Pokemon has always relied on the audience enjoying the interactions of the characters. When you have seasons branching out to 100+ episodes, if the characters don’t work well the series will flop. Ash is the same as when he started his adventure, rash, bold, and way too friendly. He’s not a male lead I respect as much as say Ichigo but he gets the job done. I hate Max; don’t really have a valid reason why but I just find him annoying. Brock is the world’s greatest “player” as he hits on everything that moves (props my main man). I have always liked May because every movie that she is in I have grown to like. She and Ash have nice chemistry together and it shows in the movie. I honestly didn’t feel for any of the other minor characters except for Lucario. Lucario initially is an a$$hole but eventually warms up to Ash. Overall, the main cast works well but definitely outshines the supporting roles.

The movie kept me interested with the backstory of Lucario and the interaction between the characters as a whole. Animation was good enough to get the job done and in some incidents was very well done. The quality of the voice overs for the entire staff was very well done. The character interactions were quite good and made me want to watch Pokemon Advanced all over again. Overall, it’s a good movie whether you are a Pokemon fan or not. I recommend it to anyone that is looking for something to kill an hour and a half with.

***To Pokemon Lovers: If you are craving a different take on Pokemon, I strongly encourage you start reading the manga Pokemon Adventures as it follows the games and has a very different view of the Pokemon Universe. The manga faithfully follow the games and at the moment has +500 chapters to enjoy.***

My favourite pokemon movie!!!! - tied with pokemon the first movie!!!!

In my opinion (although i havent seen all the pokemon movies yet) its one of the best made as well, lots of thought and emotion, a detailed story, and much more! :)

hmmmm well some people may say that the story is a bit slow at some times, but still extrememly good and well done, umm no major spoilers, well basically the main charachter is lucario, who appears moody and somewhat rude, but he just has issues after something that happened a long time ago, which he misinterpreted, and then got trapped for like 1000 years (i think) in a staff and then ash comes along, and releases him, and then loses pikachu, who is taken as a playmate by the friendly cute mew into the tree of beginning, mew is actually really cute and good, just lonely and sad, and then stuff happens, lots of sad and emotional moments, and really sad ending!!!! :( but really good story

as in all the pokemon movies, they do work hard on the movies, and have really good animation effects not usually used in the anime, and this movie was no different, i especially liked the effects in the flashback to the big pokemon war, and there were lots of other really cool animation effects used throughout the movie as well :)

ohhh the sound!!!! i loved it!!! theres the awesome Unbeatable song that plays during the awesome battle montage near the start, the levels of awesomeness where through the roof!!!!! and then at the ending theres the awesome but sad song of we will meet again, which at this point i was crying - you will be too! XD really sad but well done and awesome song!!

hmmm charachters...well weve got the same charachters of ash, may, Brock!!!!!, and team rocket!!! and from what i remember they pretty much stay the same, with the exception of ash freaking out one time and nearly getting into a fight with lucario, and ummmm new charachters... kidd something (forgot entire name) famous explorer lady, lucario, mew, evil tree -although not really evil, the 3 guardians, and Master aaron although hes not really a "charachter" in it, spoilers so wont explain XD

the only bad thing i can say about it is it has a REALLY sad ending, i cried and was depressed for the rest of the day the first time i saw it, and every other time i watched it i cried as well! :( idk maybe im just emotional when it comes to anime, but it does have a sad ending, but its still a really good pokemon movie, my favourite pokemon movie, and probably up in everyones top 5 fav pokemon movies, along with the classics of course! (1st movie, lugia, unknown, 4ever)

Out of all of the Pokemon movies out there, this is my absolute least favorite, right next to the Temple of the Sea one. I honestly can't even tell you what happened, I was bored out of my mind the whole movie, and therefore could not pay attention to what was going on. I don't know where this falls with the rest of the movies using the Hoenn characters, but to me it felt as though they were just trying to stretch Max and May until the fanbase got bored with them, which isn't really isn't saying much, because I hated Max since the first episode he appeared in. And Lucario himself is the most annoying character in this whole movie, and whatever relationship he had with his owner creeped me out. Lucario was way too obsessed with him. I don't even know what to say anymore, this movie sucked so bad, I wouldn't recommend it to a hardcore Pokemon fan.