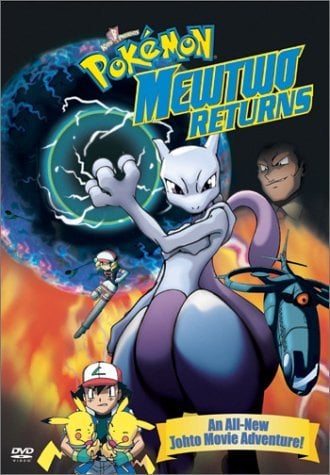 They both have cute little characters in them and are centered mostly on a genre for children. I loved these when I was growing up, because of the adventure and comedy in them. Both series also show the value of friendship and surmounting obstacles with determination and perseverance.

Okoya Forest is a Pokémon paradise protected by strict rules that forbid outsiders from setting foot inside. Koko is a boy who was raised by Pokémon and also considers himself as one, treating the Mythical Pokémon Zarude as his father. Ash and Pikachu encounter Koko during an adventure.

Having earned his final gym badge for entry into the Unova League Championship, Ash is eager to prove he has what it takes to win. But as the event is still several months away, he and the gang head to East Unova to continue their adventure and participate in the World Championship Junior Cup Tournament. Along the way they meet a new friend, a Pokemon named Melloetta, who travels with the group and cheers them on from the sidelines. But little do they know that Team Rocket is still on the move, and they have their sights set on Melloetta and its mysterious song...

In the Sinnou region, a young girl named Dawn is turning 10 years old; which means she can finally have her first Pokemon and embark on a grand adventure! With high hopes of living up to her Mother’s Pokemon legacy, Dawn sets out with the penguin-like Pocchama to find more Pokemon and compete in tournaments; but she won’t be alone in her journey! After helping newfound friends Ash and Brock rescue Pikachu from the clutches of Team Rocket, they all decide to travel together in search of fame and fortune. And thus, the three embark on a quest to become the greatest Pokemon masters of them all!

After traveling and competing throughout the Orange Islands and Johto, Ash continues his adventure in the land of Hoenn. Accompanying him are whiz kid Max, gentle May, woman-crazy Brock, Pikachu and the rest of the pokemon gang. Along the way they encounter a Spoink who has lost his pearl, treasure ships, new and improved pokemon, and of course plenty of new battles and tournaments to be won. Gotta catch ‘em all!