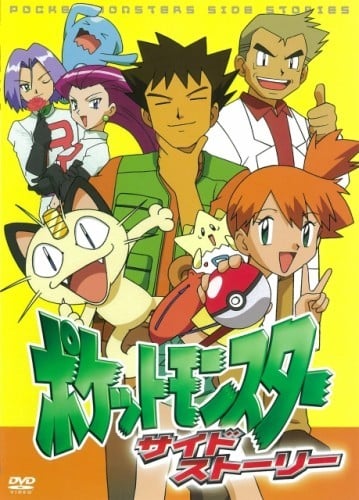 Pokémon Trainer Ash Ketchum has a new plan: see the world! But first, he and his partner Pikachu are headed to the opening of the Cerise Laboratory, a research facility dedicated to uncovering the mysteries of Pokémon in every region. Ash meets Goh, another boy with boundless curiosity about Pokémon, and both are overjoyed when Professor Cerise asks them to become official research fellows. With Ash as determined as ever to become a Pokémon Master, and Goh aiming to catch one of every Pokémon (including the Mythical Mew), our heroes are in for adventure and excitement as they explore the wide world of Pokémon!

Pokémon Generations looks back at each generation of the Pokémon video game series, diving into the stories of the games more deeply and getting to know characters and Pokémon better. Visit each region, from Kanto to Kalos, to relive the world of Pokémon like never before!

Pokemon Movie 3: Spell of the Unown

Molly is a young girl who is fascinated by her archaeologist father's stories of legendary pokemon - especially the regal Entei. But when her father vanishes, Molly is left alone; and her grief causes her to accidentally summon the mysterious Unown, who subsequently transform the castle and surrounding land into a crystalline wasteland. Once Ash's mother is kidnapped by Entei to be a surrogate mother to Molly, he and the gang must make their way to the castle to save both her and Molly alike from the grip of the Unown...