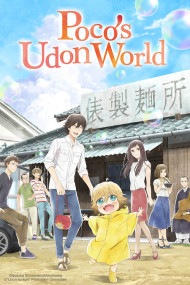 Pros This anime has a large cast of colourful and intresting characters, I didnt find anyone of them to be boring or irritating.  Really, really beautiful backgrounds. Great music and voice acting. Great comedy (I was laughing so hard at certain things in this anime). Cons Nothing much happens in each episode. Some episodes are quite boring. Some characters faces look really bad. What you have here is and episodic comdey that follows the daily lives of Poco and Souta. Nothing really happens much in trems of the story, there is no deep meaning to anything, its pretty shallow. But where this anime succeds is its very well done characters. If you're looking for a light hearted comedy i do reccomend watching this, other than that there isnt much it has to offer, I did enjoy myself watching it.

I just finished watching this anime and I absolutely loved it! it has made me cry and laugh throughout the whole story. Very moving and I actually liked the story itself, it is not a standard son takes over family restaurant at all it covers many themes from parenting to growing up and finding your own way in life to being kind, accepting, caring and letting go and moving on. I absolutely love it. It brings out many emotions. I really loved the animation to, it is very bright and nicely made it gives you a instant summer/sunny feel. If you love a sweet story about family life or a story about acceptance and finding out were you belong or if you are moving on after a big event in your life this is a anime for you and a must watch. 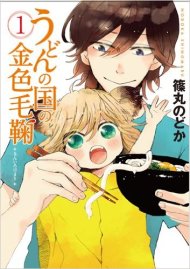