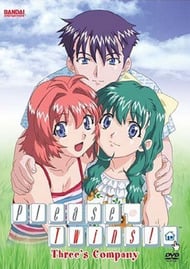 Maiku Kamishiro has always had a photo of himself as a child in front of an old house with a young girl. One day after spotting the building in a news report, the high school boy moves to the countryside to live in the house from the picture. While living alone, making ends meet by working as a freelance programmer, Maiku gets the shock of his life when not one, but two girls turn up on his doorstep claiming to be his twin sister! With the lively Miina and timid Karen both possessing the same photograph, the pair begins living with the confused Maiku as they try to figure out which one of them is actually his sister.

Be Honest in Love

Don't Leave Me Out

I Want to Run Again

I Want to Tell You I Love You

StoryPlease Twins, if nothing else, is a prime example of missed potential. Here we have a truly brilliant premise that is pretty much completely ruined by its follow-up story and ending. So much more could have been added to the following episodes to keep the story interesting, but no: the plot instead sinks into autopilot, and the result is horrifically boring and uncreative. Of course, I am exaggerating when I say “truly brilliant premise.” Much like Please Teacher before it, Twins aims for pretty much the lowest common denominator. The basic idea of both series is to take some random Japanese fetish(es) and somehow build a plot around it. Not exactly Shakespeare, to be sure. Despite this, Please Teacher somehow managed to be engrossing in a tasteless, trashy sort of way. The romance in Teacher was surprisingly convincing considering the absurd set-up, and the characters were generally likeable as well. As a result, I hoped that the same low-brow fun might be found in the sequel. Admittedly, the first episode promises truly awesome things; the beginning is ridiculously slutty and in comically bad taste, and looks to surpass even Please Teacher in pure raunchiness. Essentially, Please Twins’ story is a standard love-triangle, but with the added twist that at least one of the girls is the protagonist’s blood sister. Awesome! Seriously, the premise was so potentially rife with cheesy drama and unwholesome innuendo that screwing it up seemed next to impossible. After a “promising” start, however, the creators of the anime seem to lose all semblance of their previous boldness. Instead of going further with the idea, the story regresses into a super-standard harem story. The girls walk around, get jobs, and take a WHOLE lot of baths, but nothing else really ever happens. One major problem is that the series leans far too heavily on the premise to maintain interest. In place of actual plot or character development, the script-writers pummel us ad-nauseam with constant reminders that one of the girls might be related, as if they expect us to forget after half an episode (duh, it’s why we’re watching the series). The overuse becomes so horrendous, in fact, that somewhere along the way the oft-repeated line, “we might be related, but we might not!” veers from tedium into unintentional comedy. By the time the series finally reveals who is actually related to the protagonist, I didn't even care anymore. I did care about one thing, however – the fact that I had somehow let a promising start sucker me into watching more than four hours of utter garbage.AnimationThis is one of hundreds of post-2000 anime that blows its budget on appealing character designs and then doesn’t bother actually animating the show. Scenes are generally limited to stationary characters that move only their mouths, and whenever there is actual movement, it’s choppy and awkward. Reasonable backgrounds and nice character designs stop the visuals short of being actively bad, but unless you have some sort of fetish for nipple-less breasts (big frowns), this is not a show to watch for eye-candy.SoundThe seiyuu try their best, but no amount of acting could save such an asinine script. In fact, there’s a strange juxtaposition here between the mind-numbingly bland dialogue and the seiyuu’s heartfelt delivery of it. Imagine an opera singer soulfully belting out sections from a Xerox manual and you’ll have a good idea of what I mean. On the other hand, the music is almost universally good. In particular, the OP is fantastic; like the theme to Please Teacher, I’ve been happily listening to it off and on for several years now. The rest of the BGM is solid, albeit unremarkable.CharactersWithout hyperbole, these are some of the blandest characters I have ever seen in an anime. In some series, everyone has a clichéd personality. In Please Twins, everyone is simply devoid of any sort of a personality whatsoever. The show does make feeble attempts early on to differentiate the two girls (one’s quiet and one’s active!), but ultimately both feel like the same whiny, one-dimensional plot device that they are. Calling them characters is perhaps a little generous.OverallWith terrible characters, a hideous script and subpar animation, Please Twins can’t even be called mediocre - it's just hideous. The fact that the series failed to meet my low expectations speaks to what a disaster it really is. If you're a hardcore ecchi fan you might want to check this out, but even then you’re probably better off just watching Please Teacher again, or even Love Hina Again again.

Ah, the ugly child of Please Teacher. People give it crap because it doesn’t base itself off the main characters of Please Teacher but a separate story all together with characters from the main series showing up every once in a while.The show is about two twins trying to find each other and one person that is a stranger to them. All three children were drawn together by a picture of two children near a house – one a boy and the other is a girl. The only identifying feature of the two children is their beautiful deep blue eyes. Unfortunately, all three of them have that same unusual color and are drawn to the house when they see it on the news after an ‘alien UFO sighting’ that happened during Please Teacher. As the three live together, they feel romantic to the others but are pledged with the burning question of if they are related. This pretty much means you have a lot of rather ‘incest’ going on.Lets talk about the characters, Mike is well, an asshole. He’s harsh but that’s to be expected when he’s lived alone and was abandoned by his parents. He works hard to try and keep food on the table and the home he lives in. Also, all the damn girls swoon over him. I don’t know why because he’s an unlikable person. He’s mature in certain areas but when it comes to people, he’s a real jack ass most of the time. He seems to be the only one that actually thinks Marie is weird.Miina is a really energetic and athletic type of character who doesn’t care much for people trying to hurt others. On the other side though, she’s pushy to the point of even pushing Mike to let her stay at his place. She jumps to conclusions really fast and it’s easy to tick her off without trying to.Karen is a rather sweet young girl. She is very polite but has a bad habit of fainting whenever she gets to excited. It makes things really awkward and worse is the idea that she might be related to him just as Miina might be. She is normally dazed and confused most of the time too. Also, it never helped that in episode 3, there is a big misunderstanding with the group. You will see when you get to it.The other characters really don’t stand out that well, they all pretty much fall into basic stereotypes. We have Kousei who is are ‘gay’ friend, Tsubaki who is are vice-president of the student body and second love interest (first for how long they know each other and third if you count the relative), the clueless teacher Mizuho, Ichigo who pretty much is the rather pervi and troublemaker type of girl.The show is standard and just all feels bland. The jokes sometimes come off unfunny or just plain pervi. At least in Please Teacher, it had a bit more class and was a bit more mature but this comes off as just immature. It’s like we are given a fart joke where someone farts and we laugh about it. Actually, the only thing that was actually really fun is when Kousei gets hit before actually being warned.The animation is really lack luster, feeling even worse then Please Teacher. It’s lack luster and just doesn’t stand out at all making me want to score it even lower.The English voices are pretty much a miss. All the characters really feel forced and sadly, even some veterans in the dubbing business, like Crispin Freeman, feel as though they are just bland.I would say it’s pretty much a mistake that this was created because I don’t even think there was a manga created before it so they pulled the show out of their ass. 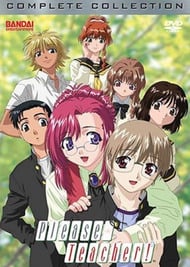 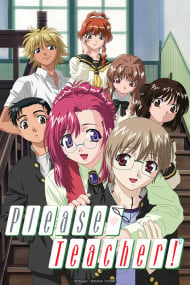 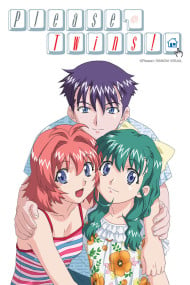 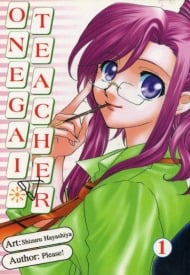 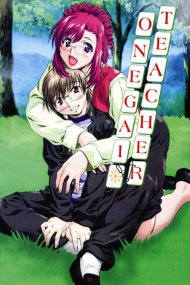 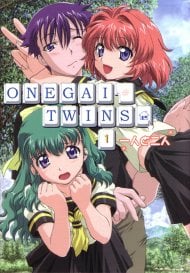 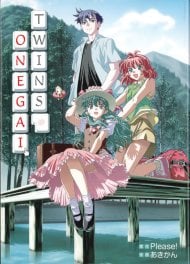