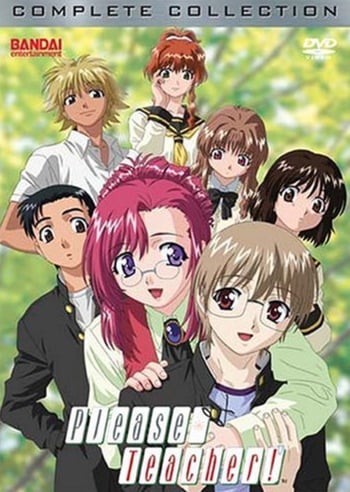 I'm writing this short review just to vent my frustration. This is a really bad show and I honestly don't get all the positive and highly rated reviews. Ok, I am willing to admit that my rating is excessively harsh, as the anime does have a coherent story; so the rating pretty much reflects my personal dislike. But I just found this anime so extremely disagreeable and annoying, both character-wise and story-wise. In the end, I really couldn't force myself to watch the last two episodes. I always avoid writing reviews if I haven't seen all the anime right to its end and also - usually - if I don't like it. But I just thought I'd write something to warn that this is a waste of time.

You've got the usual wishy washy high school student male lead with little to no personality. The female protagonist is an adult alien who one night appears floating on a lake and the next day appears to be the male lead's teacher. For absolutely ridicoulous reasons, they decide to get married and then have to keep it secret from the other students in the class; this is the source of most of the anime's comedy and misunderstandings. And as time passes they get to fall in love. That is the plot. It's just that everything they do, how they act, the choices they make, is just so foolish and childish and senseless. And it's not just the characters, the whole situation is silly. Yeah, I know, just reading the summary should have been enough to know that I shouldn't have expected much from it.

Sooo i just finished this anime and it had a decently sweet plot line that to a point really reminded me of Ano Natsu de Materru with the whole accident thing when they first meet and than the main female having to sacrifice her ability to be at earth to save the main guy put at risk. Another similarity happens to be the whole half alien and having their (Ichika and Mizuhou) father being the human. They also both where glasses. The main differnce is that While Mizuhou is a teacher in this anime and older (but probably not much due to Kei's standstill) Ichika is in the same grade as her love interest Kaito.

(I deffinatley recommend you guys watch it if you liked this anime!)

The character development was nicely done for something i hadn't been too sure about watching. Displayed enough of each character to get to know them a little rather than just blindy  say 'oh here's some background character you dont need to know them they're just there for your entertainment~'.

Well that all for this anime! Off to the next ^w~

IT'S SO FLUFFY, I'M GONNA DIE!

Seriously, this is a fluffy, feel-good romance show, with a few sexy alien outfits thrown in. But what sets this series apart is the believability of the characters' emotions, especially in the last few episodes. For instance, we learn early on that Kei has an illness that left him in a coma for 3 years, causing him to be an 18-year-old still in 10th grade. At first I rolled my eyes and thought "Yeah right, you just don't want his relationship with his teacher to get into a sticky age-of-consent mess", but it turns out there's a lot more to that sub-plot than meets the eye. I was actually way more moved by this anime than I expected from a fluff piece. Try it, it's worth it.

And, as always, watch the sub not the dub.

This is a priority one!

Onegai Teacher was one of the first anime I ever watched (and probably the 1st non-Toonami series). A further note before I proceed with this review; this is one of the VERY few series in which I preferred the dubbed version to the subbed version. Though honestly, the voicing isn't that great either way. But to continue, this was the first anime that I truly got emotionally connected to the characters. All the characters in this series are fantastic. The two leads (Kei and Miss Kazami) are phenomenal; I see them as a very classic pairing. And the supplemental characters actually play a very vital role in the plot of the story. This is one of those series that certainly had enough content that with some filler material could have been in the 24 episode range as opposed to 12 (or 13 as I'll get to in a moment), which goes to show how fast-paced this series really is. Along with the very good serious ending Onegai Teacher has; it additionally has a wonderful little OVA that is from time to time referred to simply as episode 13. It really will enhance your viewing experience if you do watch the OVA immediately after watching episode 12. The OVA is a tremendous conglomeration of what has just transpired in episode 12 and the series as a whole. Also the OVA is very funny in contrast to the serious nature of the final few episodes of the "completed series." Overall, Onegai Teacher is brilliant and timeless, 9 out of 10. 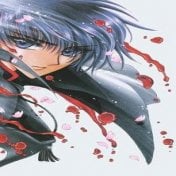 so i just finished please teacher, and guess what? It wasn't too bad. I don't recommend watching the dubbed version because it's extremely gay. It makes things more awkward, especially when you're watching an 18yr old kid having an affair with a martian, it doesn't "feel" right...tee hee. anyhow, I thought the storyline was fun, and I never felt bored while i was watching it. Every episode had something important happening---although most of it being drama. But if you like the drama, and love romance, watch this. Don't expect any genuine laughs though, i didn't find it all that funny. Maybe a smile here or there...