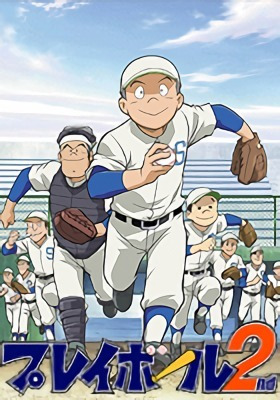 First thing's first, I want to say that I really did enjoy this show. This season is just a continuation of "Play Ball!" and it starts off where season 1 left us. The only thing that comes across as an issue is that after episode 3 of season 1, the english sub team decided to discontinue their work. This left me with the task of using all of the knowledge I know of the Japanese language to understand what was going on. Fortunately, the sequence of events and interactions between characters makes understanding what is going on quite simple to understand, even for someone who can't really understand what was being said. Given how old this anime is, it would only make sense that the animation quality would be low. My only complaint is that the ball wobbles in the air each time it is pitched, as if it is a knuckleball (google it if you don't know). If they're going to make the ball do that, at least have a guy throw a knuckleball, which is a concept that has been covered at least once in just about every baseball anime I can think of except for "Big Windup!" (Major, One Outs, Diamond no Ace). The theme song is the same as season one, but recorded by a different artist, and the song cannot be found anywhere other than by the group Lead, in which there is one youtube video hidden away. For that reason I put the song on SoundCloud. "Kimi ha Nanika ga Dekiru" is very catchy, and I started singing along at the beginning of every episode.

If you cannot understand any Japanese whatsoever, I would highly recommend watching the other baseball anime first to get yourself acquainted with some of the terms associated with baseball. Otherwise this anime is going to be purely action-based, and you will lack a true understanding of what is going on outside of the words spoken in katakana (again, google it if you don't know).

In spite of it's few flaws, "Play Ball!" and "Play Ball 2nd" are definitely worth the watch.