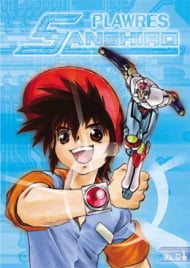 Plawres is a highly competitive fighting sport, where remote controlled miniature robots duke it out in a ring. When the bratty Sanshiro and his friends from school enter the contest with their robot, Juohmaru, they take the Plawres community by a storm with their fantastic start. But as their reputation grows, they are forced to face one challenger after another. To cope with the new trials they encounter, Sanshiro must continually improve his skills in programming the robot and hone his fighting instincts and tactics. With the help of his friends and relatives, only the sky is the limit for Sanshiro and Juohmaru!

Long before Pokemons and YuGiOh, there was Plawres…A, good old Plawress! The third series (after Igano Kabamaru and Candy Candy) that initiated the first otaku frenzy in Greece back in the 80’s. It also happens to be the oldest title promoting toys through proxy battles. The main story is quite simple. A boy named Sanshiro Sugata begins as a rookie in Plawres, a famous mini-robot-fighting championship. He uses a custom-made model named Jumaru and faces a new challenge on every new episode.There is a thin on-going main scenario but essentially most episodes are stand-alones.The story is another “I want to be No.1 in the world” theme and there hardly is any depth to it. So, it’s reasonable to think at first that it’s another bogus series that aims to advertise another toy and brainwashing us into buying it. After all, anime based on some specific product are made solely to advertise it and start an addiction to its possible consumers (usually nerdy kids with loaded parents). As such, most game –based anime are quite lame, with childish scenario and carton characters being just an excuse to shovel us flashy techniques or strategies of the soon-to-follow game. But not here. Not this anime. Why? Because…1) There is NO TOY ADVERTISING! The series is so old that the toy is out of production for decades. And it didn’t sell much in its prime either, so it’s safe to watch it without any worries considering your wallet.2) The battles are interesting. No unrealistic beam attacks or lucky card-drawings. Pure WWF slug-fest! See at the Animation & Sound section for more.3) The characters are interesting. Not your average Ash Ketsam, or Yuugi Mutto fake ones. Unlike in other game-based series, the characters are funny without becoming ridiculous (Duel Masters), cool without becoming shallow heavy-dudes (Yu-Gi-Oh) and actually learn from their mistakes and don’t repeat them on every episode (how many times has Ash being fooled by Team Rocket in Pokemon?).Sanshiro and his extension, Jumaru, are the central characters and the focus of the whole story. Sanshiro faces different challenges on every episode that vary from dealing with a new technique (faster-than-the-eye Mantis), dealing with Jumaru’s weaknesses (Poor balance while in mid-air), dealing with people (seduced by a pretty opponent, deal with bureaucratic stuck ups) to even aid those in need (like a nun that was hurt by a cruel espionage mercenary).Other secondary but also interesting characters are: His all-cool-style-but-no-guts male friend, used mostly as a comic reliefA sexy-looking, all-serious teenage girl, used as a moral archetype and as fan serviceA fat and ugly middle-aged man, who is the archrival and is used as an ever-present pain in the buttA mysterious motorcycle woman that constantly tests Sanshiro’s capabilities for misty reasons, revealed only towards the end. Thus the cast of the anime has a lot more meat around it and it’s much easier to sympathise than those in later shows.For a series so old, the character figures are rather simplistic but you mostly care about the robots, which are quite well drawn. The music themes are hard pop songs that aid in the atmosphere and the voice acting was ok. The battle scenes are really great, as they are not based on cheesy special attacks or brainless raw power. Reminiscent of WWF, most moves/attacks the robots perform are Greek/Roman wrestling or flashy aerial martial arts. The camera focuses on various angles for an improved feeling of the strikes and the parries. The robot fights are mostly about strategy and fast thinking/button-pressing, all supposed to be controlled through commands, given by their masters’ wireless laptops. It’s rather hard to believe how such cool movements can be performed with a few clicks or how so advanced mecha technology can be used just as a mere toy, but you hardly think about such things while watching the series. Let’s assume they have many shortcuts and macros ready to be used with a simple button. For its time, it was way spectacular. Official duels are always one-to-one, in simple-made arenas, standing rules that must be followed and with judges present. But the series goes further on this by having many illegal/unofficial battles, where the arena can be any outside terrain and where no rules and fair play exist. So, there are moments where entire fortunes or even lives are at stake.There are hardly any repeating scenes, as each battle requires different planning, strategy and way of dealing with the opponent. Plus, Jumaru is supposed to be an evolving program/robot, so a theoretical gradual improvement exists between him and his master.Well, nice as it may be, many series have followed its footsteps and stole all its originality away. Sad as it may be, there is little replay value, other than for sentimental reasons. It still has a lot more strategy and likable characters than its descendants though. 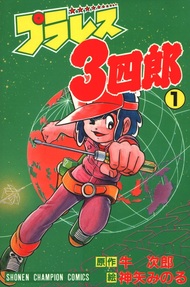