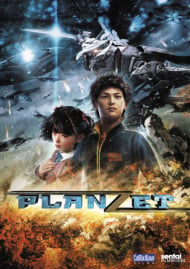 In the year 2047, the invaders came without warning, annihilating most of humanity in days. And while the survivors banded together to form a new world government to combat the threat, by 2053, mankind's outlook is bleak. Now, in a final desperate attack, hope lies only with a soldier who lost his father in the invasion, and a weapon more powerful than belief. 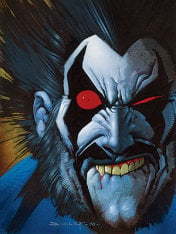 The short version: This movie blew chunks. The animation was great but lacked variation, the music was quite mediochre but the worst part is the story & the characters. The story is the same old, boring "teenager saves earth from alien invasion" in its purest form - utterly uninspiring. The characters are utterly cliché with the exception of totally lacking any realism. Their actions and behaviour is so utterly unrealistic and out of place that you really just want to fast-forward parts of the movie. Do not get lured by the pretty graphics - as a story this one is a waste of time.

incredibly looking anime movie but the story was a bit weak army man dad dies by aliens son joins army for revenge  . everyone goes to mars cause earths going to die in 10 years or sumthin and  aliens attack melt poalr icecaps and drowns most people on earth they have a mega laser in mount fuji to kill the death star looking mother ship that fails so they send a mega spaceship to kill it which "is a double edged blade" dont see why they didnt do that in first place casue the mega gun energy powered the  shield which  was protecting earth