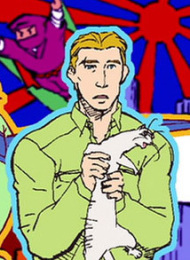 466 users are tracking this. Log in to see stats.

Often these little extra “Bonus features” are some of the most useless garbage put on a DVD, but for once I actually looked forward to them and what they added to the story. Story - 7/10 The whole concept of these audio dramas is to give a little peak behind the curtain into what goes on off screen at Half Section. These are the stories occurring simultaneously to our main plot, most of the time referencing the plot, but having no real impact on it. The first episode deals with the Lottery that Lavie and Hachimaki are playing in episode two. After so many losses Lavi decides he’s going to create a potion and use a magic spell to finally win the grand prize, though he’s stuck recruiting Edel, at a cost, as she’s the only one who can read the spell book. The second story focuses on the “date” Hachimaki gets suckered into while on vacation at the moon in episode Five. Apparently one of the Chief’s side jobs is arranging marriages, and he’s decided Hachimaki would be the perfect candidate for the young woman on his list. As Lavie and The Chief get into Hachimaki’s backstory they bring up all the little Japanese tropes often seen in movies, but they’re set straight by Yuri, who tells them that those things aren’t true to real life, and are only jokes for shows like Lupin and the like. When questioned about how he knows about Japanese culture, Yuri reveals that he was once married to a Japanese woman, but that she passed away. Number Three comes in much shorter than those before it. While returning from a visit to the hospital where Hachimaki is staying, Fee and Tanabe have a conversation. Throughout the talk, Fee tries to drop hints that Hachimaki and Tanabe are actually very alike, but Ai is oblivious to her insinuations and keeps thinking she’s talking about others on the team. Episode Four deals with a little mishap the Chief had. While trying out the prototype space suit, he finds out, the hard way, that he might just be a little too big for space exploration. To make matters worse, he now needs to use the bathroom. The team must work together to get him out, but instead decides it’ll be faster to just find him a diaper. For Episode Five the team has a simple task, keep Fee from going crazy after Hachimaki accidentally breaks her smoking room while fighting with Tanabe. After Hachimaki get’s sent to the moon to recover from his spacial loss disorder, Fee and Yuri have a discussion about how sending Tanabe to see him might be just the trick to snap him out of it, in episode Six. In Episode Seven the entire team gets together to figure out how to put off Hachimaki’s “Retirement” if and when he doesn’t make the cut to join the Von Braun team. The Chief mentions that he hasn’t put in Hachi’s request yet, and instead has been marking his absences as personal, sick, and vacation days, though he’s unaware that in doing so he’s forced Hachimaki into poverty, as his plan was to live off his retirement savings, which he now can’t access. With Hachimaki on pace to be one of the first people to head to Jupiter, The Chief and Lavi spend episode Eight figuring out how they can make a profit off their former co-worker. They start off just thinking about hoarding autographs, but move on to books, karaoke CDs and especially an action figure. To top it off they know Hachi will be gone for at least seven years, so by the time he returns the statute of limitations on suing them for infringement will have passed! Our little side stories end with episode Nine, as does the Chief’s tenure at debris section. During his retirement party he tells the crew that being in space was actually a way the company tried to push him into early retirement, but he didn’t bite. They also lamented about how they’ll probably all be fired anyway, as the new chief is a stickler for budgetary issues, and debris section is always in the red. Animation - 6/10 The “Animation” for these little videos mostly consists of still frame images with the scene being acted out over them. They range from simple line drawings, still frames from the animation and even what appears to be the initial Cel drawings that are used for the final animation. Sound - 5/10 This once again gives (err forces) me to hear the differences between an English voice cast and a Japanese one. I enjoyed the voices for most of the characters, with Fee and Yuri being the best at having a voice match to the person’s look. On the other end of the spectrum are Lavi, who comes across as more as crazy person than goofy, and Edel, comes across as much older and masculine than her character’s story would have you believe. Characters - 6/10 As most of these are just one on one, or small group, conversations, there is little to build up each person’s character. We get a few tid-bits of info about them, but most, if not all, of it is also mentioned in the main story line. Overall - 8/10 When everything was said and done I actually found myself enjoying these little clips more than the series itself. They followed the tone set forth by the first few episodes, as fun and lighthearted, and never took that turn into being sanctimonious and filled with childlike fantasies about “love saving everything.” 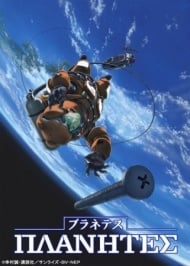 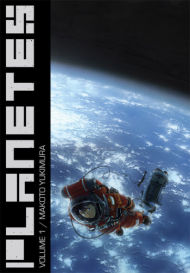