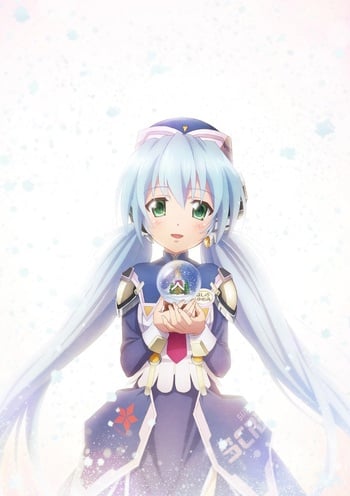 In a futuristic world almost barren of life, mankind is confined to mechanized domed cities where A.I.’s control all aspects of life. In this world, humans are no longer born, they are manufactured in a production line; and alongside them live androids known as autoreivs. Within one of these domed sanctuaries named Romdeau lives Re-l Mayer, one of a few citizens who aren’t entirely prevented from thinking. Her grandfather's prominent position and the affection of the scientist Daedalus have left her more free will than is normally allowed, but Re-l has started to question the sanctity of the city and the citizens' perfect way of life. With mysterious beings known as proxies causing havoc and a man named Vincent causing great influence on her life, Re-l must travel outside of the city to find the answers she seeks and discover the mystery behind "the awakening".

In a distant future, mankind has been wiped out and only its robot creations are left to roam the earth. Amongst the cleaners, plumbers and maintenance droids lives a group of Dolls whose soul purpose was to sexually entertain their clients. With no more patrons, Malice spends her days singing and walking the empty streets, dreaming of the days when she had a purpose. Now all she can give is a simple kiss – something that causes an ancient being to awaken and grant the android a real human body. Shunned by her former robot companions, can Malice find true happiness in her new form?