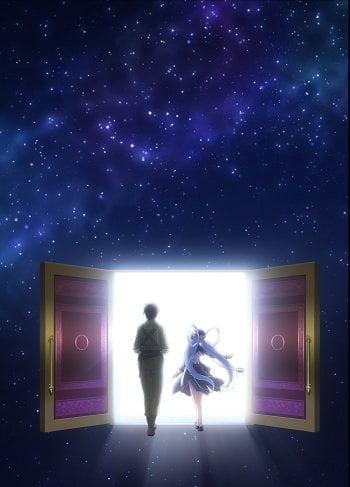 This is a very good movie, have not cried so hard in a long time.

I read the visual novel about 2 years ago, and while a good story, was a bit bad on pacing.  I was surprised they made an anime about it, and trimmed a lot of it down while staying true to the story.  Tearful but good.  Later they made THIS movie which was essentially a re-hash and continuation about what happens after the planetarium.

In general someone could skip the first as most of it is covered in here.  The entire story is very well down from the innocence of the character, to the hopelessnes of the world.  A lot of little details become relevant as well.

Highly recommended - and I am normally a fan of seinens like berserk etc.

I dont cry at many shows/movies often, but this, this is one of the ones I do, this was a very strong emotional rollercoaster of a movie and I loved every bit of it. Truly one of the greatest "diamond in rough" shows I've ever ever ever seen. 100/10 would recommend and 100/10 will remember for the rest of my life!