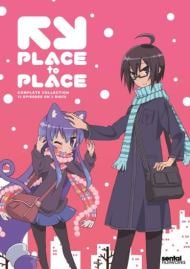 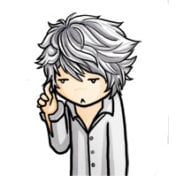 Acchi Kocchi looked like a good anime for me to watch at first. After finishing it, ive got to say, kudos to Fumitoshi Oizaki and the AIC staff for directing such a good anime. It was certainly a good anime that sticks out to me.  As far as story goes, this is a comedy. there isnt really much of a story here, but there is a good heck lot of comedy here, of course. The comedy in Acchi Kochhi never went dull or repititive, but always went with the scene very smoothly. Animation. As far as animation is concerned, i am very picky of what i watch based on its animation. I mean i certainly wont be watching Dragon Ball Z Kai, but if i want to revisit all the anime i watched this would be certainly one of the first i revisit. Never was the uality of Acchi Kocchi's graphics bad, and it also flowed smoothly throughout the anime. \ Sound. The sound effects here were never dullmor were to good to take away from the comedy, but it flowed smoothly throughout the anime. Acchi Kocchi's OP and END songs were amazing as well. The voice actors did a great job as well. Characters. It is understandable that the characters have no new, further change throughout the entire series. It focoused only on the 5 main characters though, and none of the other characters introduced here got much showtime. This though, dissapointed me for a bit.  Overall, this iis a great comedy anime i would recommend to anyone who asked me for a good anime to watch

Greetings, fellow anime viewers. It's the one and thankfully only RandomRedneck, here with another review for all y'all. Checking out a show because of total boredom can lead to either good or bad things. In this case, it was a good thing. A hilarious, almost annoyingly cuteness good thing. This, is Acchi Kocchi. Let us begin, shall we? STORY Being a comedy about high school students, the story isn't exactly amazing. You've got your typical, episodic type deals here. Having snowball fights, visiting a shrine on New Years, Valentines Day, that sort of thing. But that is in no way a bad thing. It actually works rather well for this show. ANIMATION Animation is alright. It shines best during the action-y sort of stuff. like the aforementioned snowball fight, kick the can, volleyball, and so on. Basically, if it's a common kids game, this show will animate it like an action show. And it's pretty awesome. SOUND Not really much to mention on the sound front. The opening and ending theme are pretty nice, and the VA's all do good jobs voicing their characters. CHARACTERS Hetalia had personifications of countries. Upotte!! had personifications of guns. This show has basically the personification of utter cutenness, in one Tsumiki Miniwa. I mean...good lord. This girl is basically walking cute in human shape. The cat ears help a lot in that regard. Her utterly oblivious crush, Io, is a good character as well. A stoic pencil twirler, with a badass streak in him to boot. He rules. Rounding out the ensemble is Mayoi, a cat mouthed troll with a penchant for weird inventions, Hime, the token sweet and ditzy girl, and Sakaki, who is...Sakaki. Can't exactly describe him very well here. Characters are a great selling point for this show. OVERALL This show manages to be annoyingly cute, utterly hilarious, and nicely heartwarming, sometimes all at once. A definite watch if you're looking for a show to make you smile. Check out Acchi Kocchi. You won't be sorry. Thank you. Yours truly, RandomRedneck. 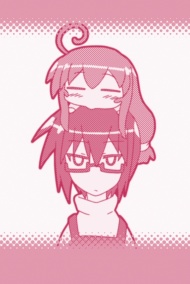 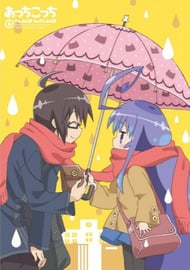 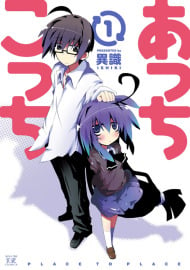