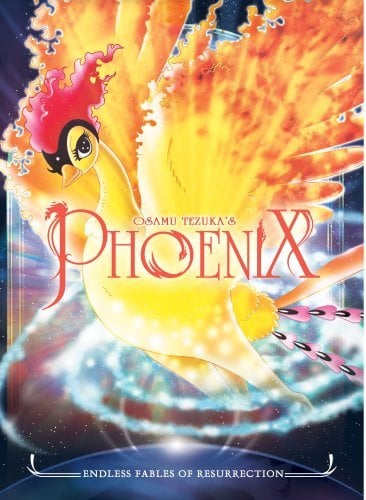 From swordsmen to robots, from ancient tribal cultures to civilizations that reach the stars, there is one force that dominates all others: life. From birth to death, and rebirth again, it is life that permeates the soul and opens up to us the mysteries of the universe. Within this tale of the phoenix and those who would be touched by its beauty, we are shown the joys and tragedies that life sometimes hands us, and what we, as humans, must do to survive...

StoryWhen a director decides to eschew the standard glitz that plagues contemporary anime, the quality of the story is really all that matters. In the end, the creator must trust that the tale they are telling is a good one, and that it alone will be able to keep the viewers' attention. As luck would have it, Hi no Tori has a more than respectable storyline. Narratives that are simultaneously simple and creative are difficult to come by, but this is certainly one of them. The show takes familiar topics and expands on them in a way that makes them feel fresh and new. I was never bored while watching through the show and was occasionally mildly impressed. Basically, the show is split into an eclectic variety of vignettes that range from 1-4 episodes. In each one, the characters are completely different, and the stories are almost completely unrelated. However, the entire anime is tied together by a general theme of death and renewal that is symbolized, not unsurprisingly, by a phoenix. The structure works fairly well; all the short stories are well suited for their length, and each of them is able to have a relatively satisfying ending. Unfortunately, while the plot is certainly good, a few things prevent it from achieving greatness. For one, there are times when the creator's attempts at serious drama cross over from emotional to melodramatic. At these moments, the story feels rather silly and childish -- something that should be avoided at all costs for a philosophical anime like this one. Speaking of which, the anime's overall message (that life goes on) feels oversimplified and obvious. Similar anime like Kino's Journeyi, Haibane Renmei, and Galaxy Express 999 are all excellent because they avoid providing a clear-cut moral and instead leave interpretation up to the viewer. Hi no Tori, on the other hand, leaves no room for independent thought, and as a result is significantly less interesting. Still, if one enjoys the anime's stories for sheer entertainment over philosophical value, Hi no Tori definitely delivers. The sheer creativity alone is enough to make each isolated tale enjoyable, and the nice pacing and satisfying endings only sweeten the deal.AnimationThe anime carries the very distinct mark of Tezuka Osamu, so people that have seen something by him will know what to expect in the character designs. I've heard a lot of criticism on them (particularly for the anime Metropolis), but I've always enjoyed the very unique and exaggerated designs of the manga artist. The backgrounds are usually nice and often outstanding. Furthermore, just about every scene that involves the phoenix is highly enjoyable eye candy. In particular, the opening sequence is an impressive combination of vibrant colors and visual ingenuity. Granted, the animation is somewhat lacking in the action scenes, but as a whole I was fairly satisfied with the visuals.SoundThe instrumental music fits the mood decently enough, and I don't have any serious complaints with the voice acting.CharactersAll in all, the most sizeable casualty of Hi no Tori's unique plot structure is the characters. The anime seldom takes the time necessary to develop any of them past basic groundwork, which takes away a lot of the emotional punch from the often tragic storyline. A good indicator of how well a character is developed is to think about how many antonymous adjectives can be used to describe him or her. With a character like, say, Naruto, a plethora of appropriate describing words come to mind (brave, stupid, stubborn, etc.). With the protagonists of Hi no Tori, the only one that comes to mind is "interchangeable." The only exception to this is the title character, which has a fair bit of development over the course of the show. However, a lot of the general motives of the Phoenix remain unexplained, and as a result the character, while intriguing, isn't something to actually care about. There are a good number of romances entwined throughout the stories, and thanks to the substandard characterization, just about all of these come across as unconvincing and bland. The lack of character development is mitigated somewhat by the unique character designs, but initial appearances can only take a character so far.OverallHi no Tori is an admirable work. The anime does what few before it have even thought about, and the show is miles ahead in creativity to the usual dreck that studios cheerfully pump out. If the anime had been a little more thought-provoking and had worked on its characters some, this could have become a personal favorite. As is, however, the show is definitely worth watching, and I'd recommend it to anyone who enjoys anime that doesnt cater to a mainstream audience.

Overview- Hi no Tori is a somewhat unorthodox anime broken into five smaller stories: Dawn (4 episodes), Resurrection (2 episodes), Strange Beings (1 episode), The Sun (4 episodes), and Future (2 episodes). The series expresses a primarily Buddhist viewpoint. Any subtle ideological expressions in the show should not offend viewers. I am certainly not Buddhist, and the show did not offend me.   Story- Hi no Tori is a show driven primarily by story. It reminded me a bit of The Twilight Zone in some regards. It doesn't really have a twist at the end of each arc, but the quality of storytelling and thought-provoking situations were similar. Each story takes place in a different setting and with different characters. The atmosphere feels entirely different in each one, the two most similar being Dawn and The Sun. That said, the story of Hi no Tori is difficult to judge by traditional standards. Pacing is never a problem, owing to the brevity of each story. Clichés are mostly avoided through the course of the series. The cartoony look certainly belies a mature, though not ingenious, story. Characters die, are reborn, and kill others. Despite a few combat scenes, the story isn't particularly violent and very little blood is shown. The binding force throughout each mini-plot is the Phoenix. Symbolically, it (or she, as depicted in the show) is the renewing cycle of life. One must keep this in mind while watching, as the concepts of life and the passage of time are important to the plot.   Animation- You should come with low standards in regards to animation. The character designs reminded me strongly of an American cartoon; the show looks nothing like a 2011 anime. Animals look like they're from a Hanna-Barbera production. Colors are somewhat bland. Character models (names as well) are reused from story to story. There is one particularly ugly character with an enormous nose that appears in every arc.   Sound- Hi no Tori has a good orchestral score and a few pieces of music even gave me pause. The opening theme is particularly good. I liked the ending song as well; however, it is sung (unlike the opening) and rather short. Voice actors were sound in the dubbed version, which I watched. The narrator deserves commendation for a good performance. None of the other voice actors stood out to me.   Characters- Given its limited time to develop characters, Hi no Tori does surprisingly well. No character was particularly annoying. On the flip siide, no character stood out to me as particularly interesting or noteworthy. Each serves his or her role and quickly departs from the screen. The Phoenix is the only truly recurring character, if you count it (her). It only has a few enlightening lines per story, though.   Conclusion (7.5--fairly good)- Hi no Tori is a good anime with unfortunately poor animation. I bumped the overall score up to a 7.5 owing to the unorthodox presentation of the series. That is, having it divided into five smaller shows. This was a refreshing change for me. If you're looking for a shounen or something, go elsewhere. If you're looking for a solid mix of adventure and philosophy, this is for you. 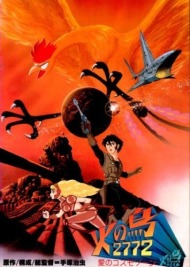 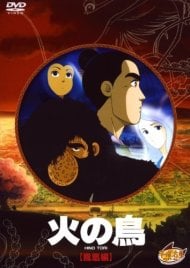 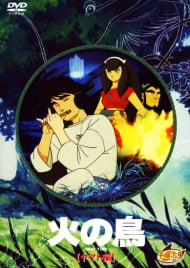 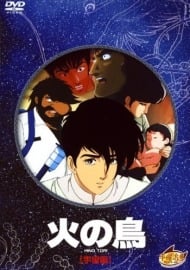 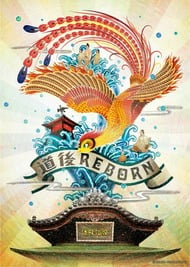 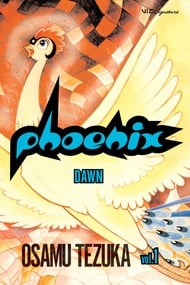