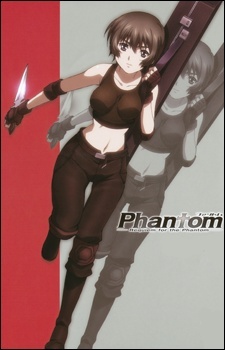 If you're looking for anime similar to Phantom: Requiem for the Phantom Picture Drama, you might like these titles.

Gakuen Handsome: Kagami no Naka no ME

In present-day Japan, a rising decline in the birth rate has prompted the government to intervene, thus forming the R.T.P. committee whose goal is to promote arranged marriages. Due to the sensitive nature of the issue, however, a test run was deemed mandatory, and young Ryo Mizuhara (chosen by the world's best supercomputer) was selected as the test subject, much to his own dismay. With the megalomaniac Shizuka Masuda appointed as his fiancee and secret agents in his face at every turn, can Ryo manage to save his sanity, let alone his bachelor lifestyle of the past?