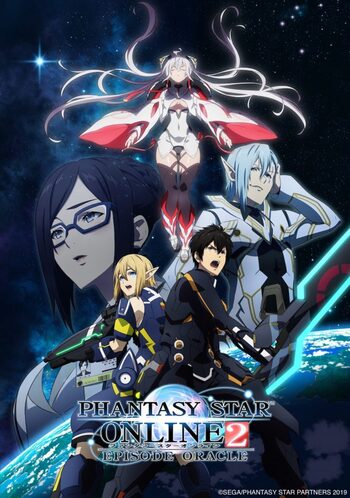 Well I will be the first to do a review
This review does not contain a SPOIL , I will speak with an overview

By the way, in my previous review of anime PHANTASY STAR ONLINE i talked about the reason for the bad ratings of anime games, so I will avoid talking about it now

First of all , Im playing the game until now im a huge fan of it so i replayed the  story again and watched the anime at same time  to notice the difference between them. to be honest  the anime was better in my opinion. I will briefly explain the reasons

-The game story contained many dialogs that seemed to make the story boring sometimes. But the anime quoted the necessary things only

-The game's cinematic scenes were avreage , I never looked so much fun, not gonna lie

-The anime gave a more logical explanation better than the game. Because the second one introduces you to many second characters and long dialogues make the story complicated

In short, the anime story was great, and they made a good quote

Now let's stop talking about the story and go to other things
For the soundtracksit was very good. How they chose it to fit the scenes was pretty impressive. As for the OP and  ED, they were okay

The animation is more than amazing. The way to mix regular animation with the CG was fantastic

I wished they made the ne vs one  fights a little long. Because frankly, they only focus on group fights

Something bothered me a little bit  about this anime, they were rush the ending. Because the last two episodes were Bruh. If they hit the end in four episods, it was more dope

In the end the anime was beautiful and I enjoyed it