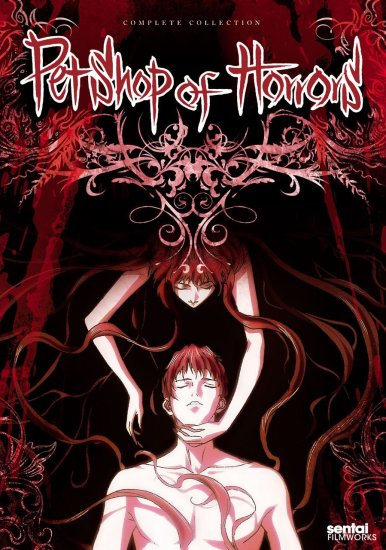 What I Liked: Toshihiko Seki is perfect as Count D. The soundtrack, which is equal parts pulpy goodness and soft ambience. The show does a good job of building a dark, unnerving atmosphere through its use of colour and imagery. The design for the Kirin is hands-down beautiful. There's some really nice scenery throughout, with nice attention to detail where it counts.

What I Didn't: The soundtrack firmly keeps this show in the 90's, and can feel a bit melodramatic at times. YMMV on the episodic format of the show - it's very much a collection of horror-themed moral tales with a very loose subplot connecting the two. The whole "eye showing through the hair" thing can get a bit annoying.

Final Verdict: Horror stories with morals might be a dime-a-dozen these days, but Petshop of Horrors carries out its four thrilling lessons with style and flair. It might be woefully short but its pulpy (albeit dated) soundtrack, interesting cast of characters and dark atmosphere make it a great watch for any horror movie night.

There are no musical numbers and Skid Road its not, but Pet Shop of Horrors still manages to be an interesting and engaging series. This series is essentially a four-part Horror Anthology series. If you like Japanese folklore, you will love Pet Shop of Horrors. Its far superior to Requiem from the Darkness -- though unfortunately much shorter.

STORY: Each episode is a-stand-alone story exploring the darker side of human desperation and temptation intertwined traditional Japanese folklore (albeit reinvisioned for a modern audience). It is a little bit of a shame that they only made four-episodes because they had a good formula for the show and I felt like the series still had a lot of life in it.

ANIMATION: The animation style is very steeped in the 90s and not much to my liking, but I would be remiss if I said there was nothing about it I liked. The monster and creature designs in the series are quite good.

SOUND: Nothing remarkable or terrible here. 5/10. The voice acting is what you'd expect from 90's horror anime. Silky and slick.

CHARACTERS: The series revolves around an enigmatic person at a pet shop that offers dark solutions to people's problems. Most of the stories revolve around his clintel, so it would be difficult to go into the characters without spoiling the experience for you. I will say that the focus of the stories do hinge on the personalities and/or flaws of the protagonist and each episode has a different protagonist. Some you may like, others you might not.

I loved this series, even though it was only 4 episodes. I wish that their were more.

For those who do like the series, using the 1st episode to reference your like/dislike is not wise. It is probably the worst of the bunch. Have you ever heard the saying, "Saving the best for last"? My favorite episode was of course the fourth and final episode... followed by the third episode. Try it again and see if you have a change of mind. I don't think that it would hurt to watch the episodes out of order.

If you don't believe my interpretation... believe this:

The best way to learn is through others mistakes. 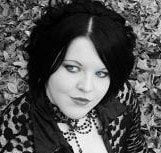 Pet Shop of Horrors is one of those anime that sounds like it would be worth watching.  Honestly, I wasn't too impressed.  I do plan on reading the manga at some point because I do like the character, Count D, but the anime is far from appealing.

It's an OVA that only has four episodes.  With every contract Count D makes, there are three rules.  They always include that they are never to show the creature to anyone and if they break any part of the contract, there are bad consequences.

The first, is about a couple who lost their daughter.  They go to Count D, an androgynous pet shop owner, who gives them a rabbit.  This rabbit is very rare and looks just like Alice, their daughter.  The second episode is about a singer who falls overboard a ship during her wedding to her manager, Jason.  Jason goes to Count D and is given a pet, a mermaid that looks just like his late wife.  The third is about an actor whose every role is the same type.  His wife leaves him and he become reclusive and spends all his time with the reptiles he loves.  Count D gives him a rare species, a Medusa, that is half beautiful woman and half deadly reptile.  The fourth is about a politician who is seeking a Kirin.  Kirin grant wishes of their owner with other's blood.

Each case is about how the contracts are breached.  There is a detective who is trying to connect these strange occurrences to the pet shop.  His name is Leon Orcot.  Other than information about the characters who take on contracts with the pet shop, there's no other information that you receive.  Count D is a very interesting character.  You want to know everything about him.  Where did he come from, why is he here, and exactly how old is he?  Leon Orcot loves to stick his nose in everything, which is why I usually don't like the detective characters, but it's his role.

As far as music and voices, they are incredibly forgettable.  They aren't horrible, but their also not good.  Everything is just so-so.  The only good thing that I can say about this anime is that it does get you interested in the Count and you'll want to read the manga to find out more.  Other than that, harshly put, it's crap.  Save your time with the OVA and just go straight to the manga.  The manga is 10 volumes, but there is a secondary manga called New Pet Shop of Horrors, or Pet Shop of Horrors - Tokyo, which is 8 volumes.

story: most of it straight from the manga, no details left out!

honestly, the show was just spectacular. I tend to read the manga's first before viewing the anime, and most of the time a lot of details were left out, but with this everything was roped together pretty perfectly! They showed each short story in order(save from the first one) and they animated it pretty creatively too!

Although I am a bit disappointed that the first story wasn't there, I can't complain because everything else was just amazing.

animation: they kept it in the author's original style!

the animation was very clean, and it had that 'mystery' feel to it! I've always liked the older art styles of anime since I basically grew up with it, and most scenes had that sort of 'drained' colour pallet which really helped emphasize the ominous and creepy atmosphere of the stories.

sound: pretty good for a 90's anime, not too shabby but not amazing either

for the english dub, Count D's va was a nice choice, he kept the mysterious feeling and really tried to get into character, although Detective Orcott's Va was err interesting to say in the least.

the characters in this show are phemonal! although its kind of saddening that they chose the more plain characters to animate. my personal favourite in the manga was Pi-Chan, so I guess you could say I'm a bit biased when it comes to this part www

I like how they didn't try and overexaggerate some of the characters like some other shows, and how they stuck straight to the book!

misc: i really wish that the other parts of this story will be animated

(although it likely won't), because the first few stories in the PSOH stories focus on the creatures, while the others focus more on the characters and backstory, and then it goes into the lore of things!