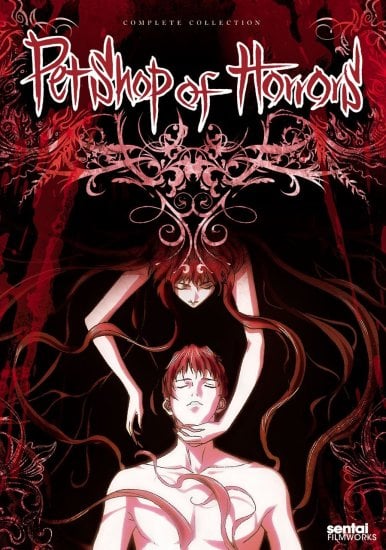 What I Liked: Toshihiko Seki is perfect as Count D. The soundtrack, which is equal parts pulpy goodness and soft ambience. The show does a good job of building a dark, unnerving atmosphere through its use of colour and imagery. The design for the Kirin is hands-down beautiful. There's some really nice scenery throughout, with nice attention to detail where it counts. What I Didn't: The soundtrack firmly keeps this show in the 90's, and can feel a bit melodramatic at times. YMMV on the episodic format of the show - it's very much a collection of horror-themed moral tales with a very loose subplot connecting the two. The whole "eye showing through the hair" thing can get a bit annoying. Final Verdict: Horror stories with morals might be a dime-a-dozen these days, but Petshop of Horrors carries out its four thrilling lessons with style and flair. It might be woefully short but its pulpy (albeit dated) soundtrack, interesting cast of characters and dark atmosphere make it a great watch for any horror movie night.

Sometimes hideous animation and character design, incredibly weird, and highly episodic, but for some reason, Pet Shop of Horrors kept me completely captivated throughout its ridiculously short (4 episode) run. It's not one of my favourite series, no, but it did make a firm impression. Also, it really made me want to read the manga, since the art is rather pretty. I'm just hoping the volumes will be somewhat easy to find now that Tokyopop has bit the dust. Pet Shop of Horrors is set in a strange town with a sprawling Chinese district. The smooth-tongued eccentric Count D owns a pet shop here, but this is no ordinary pet shop - Count D sells 'love and happiness', usually tied to an 'exotic' pet of some kind, so long as you keep to a rigid three-term contract. If you don't, well, bad things happen... Naturally, due to all of these mysterious happenstances, a homicide detective by the name of Leon Orcot is assigned to investigate him, but he is always foiled by Count D's impeccable talents for wriggling out of any implications that may arise. OVA are strange little beings, and are basically the straight-to-DVD movies of Japanese animation, whether they are sold in a bundle, with a series, with a manga volume, etcetera, they are usually low budget but generally of an okay quality, unless it's an extremely long production such as Legend of the Galactic Heroes. Pet Shop of Horrors fits perfectly into the 'low budget but okay' category. The anime art doesn't really replicate the manga art, using dark, muted colours, less-is-more animation, and fairly unappealing character designs, with the exception of Count D and his adorable pet, Q-chan. It's a very 1980s-1990s-style anime, and yet I didn't really care, because I was awed yet frightened into paying attention to these stories about how miracles are often worse than you'd hoped for. Take episode one and two, for example. In episode one, this poor family loses their daughter, but D tricks into buying a rabbit that, to them, appears to be their daughter. The rules in D's contract state that the parents can only feed this rabbit vegetables and water. So what happens when they give her some sweets...? Night of the lepus! No, seriously. The second episode focuses on a love rat who was about to get married, but was caught by his jealous lover, who immediately threw herself overboard. Count D sells the poor lothario a giant fish, that to him looks like a mermaid version of his betrothed, and this mermaid is not a happy-go-lucky Disney songstress, using her wiles to get him obsessively in love with her only for them both to meet a rather sticky end. Maybe my threshold for horror is quite low, but all four episodes were enough to give me a bit of a chill working its way up and down my spine. They're very simple stories of how obtaining the impossible becomes a living hell, and all glued together by their compelling storylines and the otherworldly Count himself, even if he isn't in much of the episodes - often, he'll be seen at the beginning and the end, selling the poor schmucks who come into his shop their hopes and desires, then a fleeting appearance in the middle and narrating how he can't be seen as guilty at the end. Toshihiko Seki does a wonderful job as the Count, an incredibly androgynous role that was very pleasant on the ears, and Masaya Onosaka voicing Leon and doing a pretty good job. Unfortunately I have not seen it dubbed, but I have heard it's a fairly listenable dub. Now, PSOH does have its flaws that I have gone into. However, you can't really blame it for its low production values or for its episodic elements - it's a set of 4 OVAs that has to adapt a 10 volume manga series. It can't pack everything in, so it just goes for the episodic approach, which serves it well. It's still just as creepy, reminding me of (yes I know PSOH came before) the episodes of Hell Girl I watched out of order that often gave me the heebie-jeebies. 6/10.

"FEED ME SEYMOUR!" There are no musical numbers and Skid Road its not, but Pet Shop of Horrors still manages to be an interesting and engaging series. This series is essentially a four-part Horror Anthology series. If you like Japanese folklore, you will love Pet Shop of Horrors. Its far superior to Requiem from the Darkness -- though unfortunately much shorter. STORY: Each episode is a-stand-alone story exploring the darker side of human desperation and temptation intertwined traditional Japanese folklore (albeit reinvisioned for a modern audience). It is a little bit of a shame that they only made four-episodes because they had a good formula for the show and I felt like the series still had a lot of life in it. ANIMATION: The animation style is very steeped in the 90s and not much to my liking, but I would be remiss if I said there was nothing about it I liked. The monster and creature designs in the series are quite good. SOUND: Nothing remarkable or terrible here. 5/10. The voice acting is what you'd expect from 90's horror anime. Silky and slick. CHARACTERS: The series revolves around an enigmatic person at a pet shop that offers dark solutions to people's problems. Most of the stories revolve around his clintel, so it would be difficult to go into the characters without spoiling the experience for you. I will say that the focus of the stories do hinge on the personalities and/or flaws of the protagonist and each episode has a different protagonist. Some you may like, others you might not. 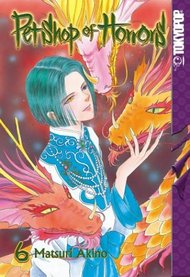 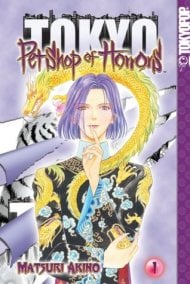 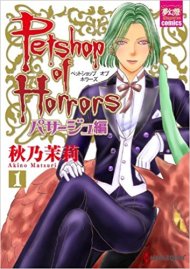 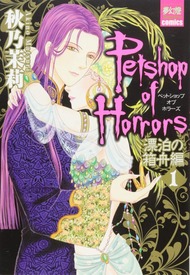