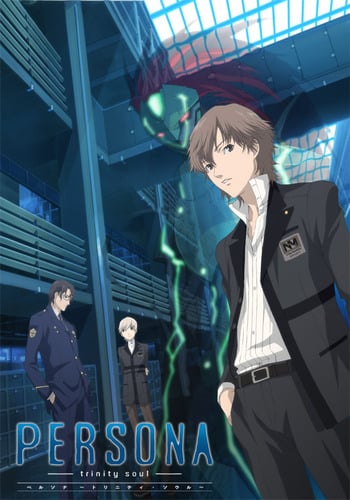 After being separated from him for ten years, Shin Kanzato and his brother Jun have moved to Ayanagi City to live with their older brother Ryou; but little do they know that a rash of mysterious murders have recently plagued the city, leaving the victims’ bodies turned inside out. Soon, Shin finds himself being attacked by a man who is able to summon a mysterious and ghostly creature; and more importantly, he realizes that he possesses the same powers. Now, with the discovery of more people like himself, Shin finds himself drawn further and further into the world of those who use "Persona."

I watched the Persona 3 movies and I was hoping for something similar since it's a related anime. I had tried to watch the Persona 4 anime only to be greatly disappointed so I tried Trinity Soul. Apparently, Persona 3 is completely different from all the others and better, but Trinity Soul isn't terrible.  On one hand, (I don't know if there even is a video game for this as I know nothing about video games) it doesn't look like it's based off of a video game like the others. It also doesn't skip time like the others. The story is a bit similar in that several high school students and a younger student are thrown into a situation where they must use their personas. The personas however are see through, don't require anything special to bring them out, can be used any time of day, seem more connected to the persons body, and feel more like they were thrown in as an afterthought instead of just using fists and feet to do the fighting. There isn't much of a focus on them. They just sort of exist. The story itself could be explained better. Also, sometimes when I start the next episode I start wondering if I skipped an episode becuase the situations don't carry over well or transistion well into the next episode. I feel like I missed something. This happened with the Persona 3 movies too so I have to wonder if someone just fails as transitions or is doing it on purpose. The story doesn't feel well organized perhaps partially because the characters roles and groups don't feel organized and some things aren't explained. Alot of things aren't explained. Especially how it connects to Persona 3. It obviously does since there are one, maybe two characters who are the same, and perhaps it happened after but it's not very clear. I haven't seen the fourth persona 3 movie though so I'm hoping I'll get answers then. Overall, the story is a bit confusing and unorganized and while it's a decent anime, it gets boring at times. The ending really isn't all that great either. It feels like it should be something more, but only about half of it makes any real sense and the other half lacks excitement. Even though there is a battle, it hardly feels like one. But then again, none of the battles feel like battles and they all are seriously lacking.  The animation. It's your average normal style and quality which isn't always a bad thing, but it was missing what I wanted which was something more like persona 3. Persona 3 may not have had the same quality and 4 and Trinity Soul, but the way the personas looked and the not so average characters were better. I also loved how dark hour was done and the way the colors were used. I shouldn't be comparing these two anime so much but I am.  The sound. Sometimes the music felt like it overpowered the scene by either being loud and making it difficult to hear the characters clearly or by having rough transitions and not being well suited for the situation. Also, perhaps it was just my imagination, but the opening song seemed to be louder than the rest of the anime which meant I was lowering the volume during the part but had to turn it back up once it was over. I think it was just the second opening.  Characters. A bit bland. While it tries to develop them, they just aren't that interesting. Part of the problem is their role is unclear and some of them are pushed aside until it's convenient for them not to be. Even though they develop, I had a hard time sympathizing with any of them. It was likely partially due to the art style, the unorganized feeling, the vagueness of roles, and the general story not making much sense half the time.  Also, this is one of those animes that gives you important information in snipets that are hard to connect and the type that likes to wait till towards the end to give you an actual explanation of the start and what people are talking about. I wish they would do that sooner. Overall, 6. It's not great, but if you are desperate for something new to watch, like me, then it's worth watching. It's not bad even if you aren't desperate just don't expect too much.

This anime started out in a pretty confusing way with 2 brothers coming to live together with their 3 rd and oldest brother after beeing separated for 10 years they also hade a sister which you will find out about later on. Well anyway From here on things seems to be heading in a interesting way with these giant monster like creatures coming out peoples bodys. However as the anime drags on the story turns out to not really be that great and it lacks alot of action in it as there is almost none. I thought at first that maybe it was worth another shoot after dropping the anime after just a few episodes so I decided too watch the whole thing wich turned out to be a huge waste of my time. Dont get me wrong the anime hade potential but they just didnt make it psychological or action filled enough for it to truly become worth the while it takes to get the very few answers in this confusing/ actually pretty weird anime. My reason for saying it's confusing is how little you find out about this whole world they are actually in untill the very end. I have too say the end of this anime and the few explanations given were extremly lame and borring and too damn simple minded and lacked any intensity or creative plot line at all. I think that this anime is probably one of the lamest I have watched as of late.  You may choose to watch it but know that this is certainly no action or psychological anime at all despite how it seems. 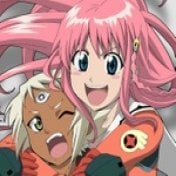 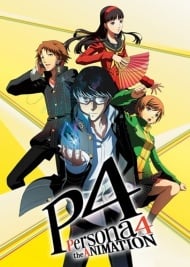 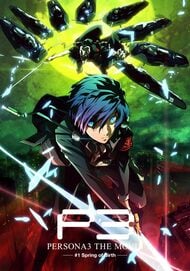 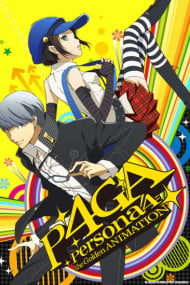 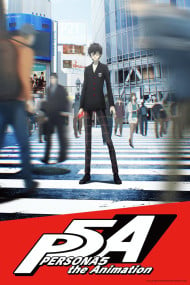 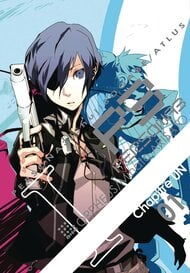 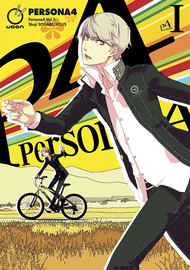 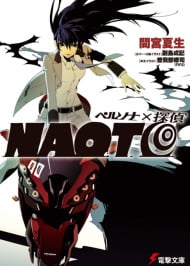 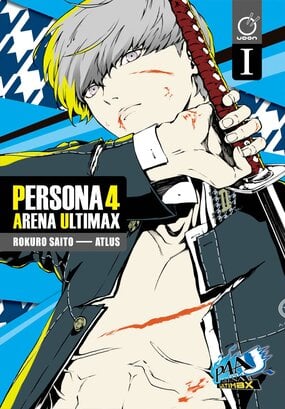 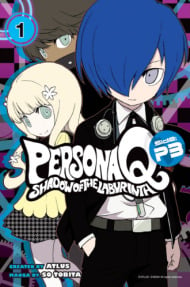