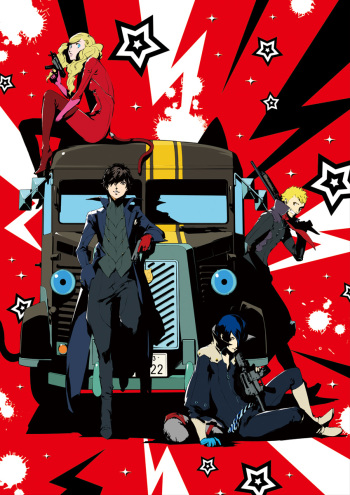 i watched the persona 5 special it was okay for a 1 episode special for a game.
from what i pick up
the mcs use their magic powers to stop crime by fighting the baddies magical powers
this then causes the bad guy to have a nervous breakdown and they go confess

ill leave the crime solving to the detectives

This only exists to serve as an extended trailer for the game.  Luckily, since it's Persona, I'm more than fine with it.  That being said the truncated scope limits the score and ultimate enjoyment that you'll get out of this.

The episode is a cool introduction to the main cast.  It was great seeing their personas in action for the first time (Zorro!).  The plot was self-contained.  I hope the writing for the game itself is a little tighter. I also hope the cat gets cuter.

The visuals are nice and maintain the Persona "feel."  Music was good, but being Persona, that's a given.

All in all this feels like a really long starting cut-scene.  It serves its purpose.