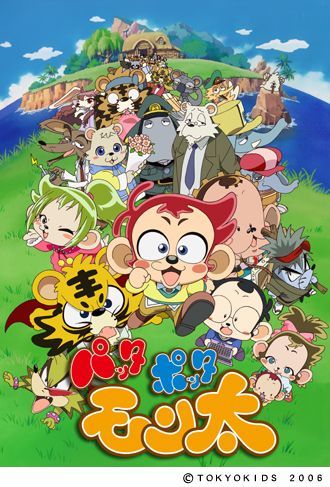 Shimajirou Shimano, a curious tiger boy living in Challenge Island. Being the second in the family, he attends kindergarten alongside his friends as they all discover everything around them, and learn valuable lessons as they grow up.

The story centers around a mysterious tall tower built from an (unsteady) stack of building blocks. Every morning, noon, and evening, an old timekeeping man rings the bell in the tower to confirm the time for the local townspeople. However, one day at noon, the tower bell fails to ring—leaving the townspeople confused about when to eat lunch. The fantasy adventure begins when Karl, an inquisitive boy living in the town, decides to go to the tower's plaza to see what is the matter.

The slapstick comedy revolves around a female lamb named Machiko, the former biker-gang-member-turned-fishmonger Toshio, the trash collector Aguri, and the other colourful inhabitants of a fanciful version of the Champs Elysees shopping district.