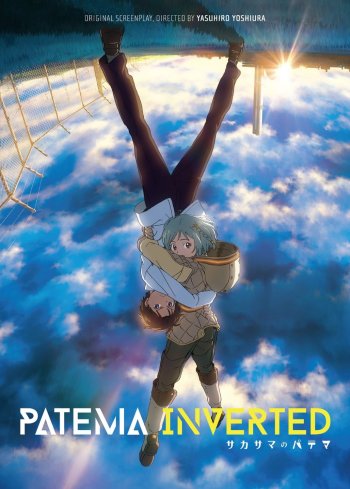 If you like either one of these movies, and haven't heard of the other one, you should check out the other.They both deal with this sort of "romance", I'll call it that, where both people shouldn't be able to have each other. It's great for a hopeless romantic type of person and also for someone who just generally enjoys these types of stories!

In a dark and dystopic future, the environment of Earth has been destroyed by its human inhabitants. The remainder of mankind live in a physical “gap” between what is known as the lower level, and the unknown sky above. In this dreary and mechanical existence, the melancholy Ura works to restore the memories of the past, as part of the Archive Excavation Department. Along with Riko, his sole companion, Ura will soon discover a mysterious remnant of the past which may prove that there is more to their existence than meets the eye...

The beautiful, strange, sci-fi apocalyptic world with a side of young telegenic characters exploring it... well, that could describe either of these works by Yoshiura. If you enjoyed his first feature film Patema Inverted, try Pale Cocoon, the short that made his name - or vice versa!

Both of these anime give off a similar vibe. I watched Pale Cocoon second and was constantly thinking of how much it reminded me of Patema Inverted, and was surprised to find out they had the same director. Both have elements of mystery and twist endings you won't see coming.

Laputa: Castle in the Sky

Legends tell of a floating island in the sky known as Laputa, upon which is rumoured to be treasure beyond a person’s wildest dreams. Sheeta is an orphan girl who is being hunted down because of her necklace, a rare Levistone, which legend says will lead the way to Laputa. One day she is saved by Pazu, a miner apprentice and also an orphan, and together they set out to escape from her would-be captors. Unfortunately, their friendship must go through endless trials in their quest to hide Laputa's location. What is Sheeta’s mysterious legacy, and what hidden motives do Sheeta’s enemies have in regards to finding Laputa?

Both are movies. Both have great animation. Both are dubbed in english. Both feature a young girl meeting a young boy and the boy trying to save her. Both deal with the idea of fear, control and of course flight. Both are memorable movies although it is very evident that Patema copied some ideas from castle in the sky since it came out later.

Patema Inverted and Castle in the Sky start to have similarities very early on that continue throughout the films. Both have a boy (Pazu/Age) meeting a girl (Sheeta/Patema) out of the blue seemingly from another world, both involve worlds and/or people lost to one another, and both have power-hungry villains (Muska/Izamura) bent on control of the world and the female lead characters. A theme central to both anime is how choices and use of technology in the past created problem and misunderstanding in the present that in turn threaten the future. Overall, I believe that Castle in the Sky is a superior film despite its age. While Patema Inverted certainly has the time to fully realize its story and characters, it doesn't really do that. Compared to Castle in the Sky, this is where it really falls flat. The fact Castle in the Sky is about 25 minutes longer might have helped it have more depth, especially concerning the characters. Regardless, both are enjoyable and worth the time, and if either one is a favorite of yours, definitely give the other a watch.

Sakasama no Patema and Arata-naru Sekai both involve girls exploring the truth of a post-apocalyptic world. If you liked that sort of "discovery" aspect in either show, both of these shorter series will appeal to you.

Origin: Spirits of the Past

Agito was born into a world that is quite different than our own. Many years ago a brilliant researcher attempted to save humanity from its excessively damaged environment by altering the DNA of plants. However, these mentally-awakened plants recognized the inherent threat of humans, and attacked them; the end result was a stalemate between the forest and the few remaining human centers. Agito's home city is green with life because the forest controls it. There is an uneasy peace which is facilitated by a small number of humans that allowed the forest to alter them to be in concert with itself. Being that his father is one of those, Agito's view of the forest is not one of fear but rather one that respects the human dependency. Agito will be challenged to prove this relationship when a random event gives the humans, who still see the forest as an enemy, a new perceived advantage in their war.

Both follow a boy and a girl from different walks of life in a post-apocalyptic sci-fi fantasy film about discovery and friendship. Very similar both in its visuals and general tone. 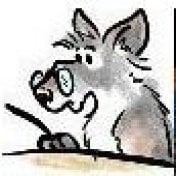 Both animes feature simply-drawn, innocent-hearted characters caught up in a deeply emotional science fiction plot. A love story, selfish, twisted villains, amazing revelations--its all here. As soon as I started watching Patema Inverted, I somehow felt as if I had landed back in Fantastic Children's universe, and it was good to be there.

In the year 2010, an environmental disaster has decimated the human population, leaving the remnants struggling to survive. Out of these rose an oppressive and wealthy ruling class, the Logos, who live comfortably in their special economic zones while the majority of humanity struggle and suffer in the ruins of the past. Two men, Katsuragi Jo and Tsurasawa Hitoshi, desert their military unit 'Phantom', taking with them a mysterious little girl. Why did they side with the resistance they once helped suppress, and what’s the significance of this innocent young girl?

After nearly being driven to extinction by life forms known as Gadoll, humanity dwells in a mobile fortress named Deca-Dence. Built to protect humans from the Gadoll threat, it's occupied by Gears, warriors who fight daily, and Tankers, those without the same skills. Natsume, who dreams of fighting, meets Kaburagi, an armor repairman. Their chance meeting will shake the future of this world.