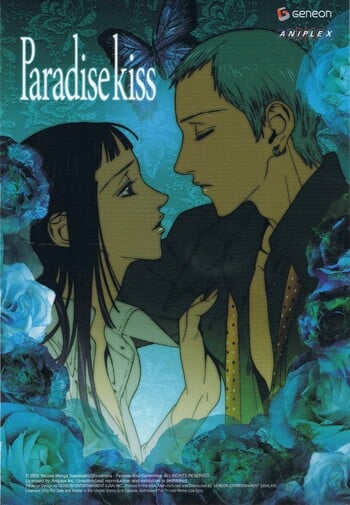 All the anime that has been broadcast-ed in Romania so far. (cable TV only) /// there might be some errors and mistakes, so please notify me so i can fix it.

A list of anime of which the manga has been adapted to a live action or a drama as well as an anime. This is the most common form of adaptation for most shoujo manga and webtoons. [J]= Japan [K]= Korean [C]= Chinese [T]=...

In no particular order.

Slice of Life - Adults in Anime

For that more "mature" feeling. Anime with Adults as actual main characters and themes ranged from comedy to detective stories with of course a bit of romance and sci-fi in the middle.

These animes are emotionally moving to their viewers. These animes have strong character development and have impactful story that really draws the viewer in. All of these shows make the viewer put themselves into the main...

I don't like high school anime, sports anime excepted, but these ones are alright.

All noitaminA shows are highly regarded by me! But here's how I'd order them if I had to from favourite to meh. UPDATED FALL 2016 (Stuff at the bottom that has no comment isn't ordered)