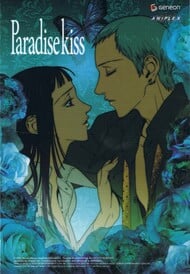 Yukari is a typical high school student on the fast track to attending a university, but her boring life leaves much to be desired; that is, until a motley crew of fashion design students ask her to model their new clothing line: Paradise Kiss! Now, Yukari must choose if she will reject the life her mother has laid out for her, and start making choices on her own for the first time. While taking her first steps into adulthood, Yukari also begins to realize that with freedom comes responsibility; a life in the fashion industry isn't an easy one, especially for someone unsure of her own intentions…

StoryFrom the summaries I had read, I was expecting Paradise Kiss to basically be teenie-bopping wish fulfillment. Namely, the kind where an average chick somehow stumbles into an easy and comfortable lifestyle through little actual effort on her part, ala Princess Diaries. Fortunately, this is not an air-headed, chauvinistic Cinderella story of some girl swept off her feet from poverty into economic dependence and financial stability. Rather, at its core, this is a simple but compelling coming-of-age story, in which a previously ambitionless and enervated girl finds a passion and a dream, and works to achieve this dream. Many people (including myself) cringe at the term "coming-of-age," but thats really what Parakiss is all about. In the beginning, our protagonist is drifting without a purpose, lost in a world that she cares little about. The payoff, then, is watching her gradually strengthen and grow as she finds something that she IS interested in. In this way, Parakiss plays like a cooler, smoother Honey and Clover; although ParaKisss story isnt nearly as fulfilling or heart-wrenching as H+C, fans of one should almost certainly like the other.AnimationThe animation style is above all unique and creative. All things told, this is probably the most visually inventive show on television that I've seen this year. Granted, its not perfect; actual movement can sometimes be awkward, and for comedic moments, the show devolves into a "cartoony" look that may distract some. Still, this is more than made up for in the brilliant character design and the wonderful coloring.SoundThe OP/ED are rock solid. The Franz Ferdinand song (which is actually fairly repetitive and dull in its full length version) works brilliantly in its shortened form, especially when combined with characters from the show in stylized chibi form dancing their heart out. The rest of the music is pretty mediocre. Most of it consists of one line of notes repeated continuously with minimal variation, to the extent that the music grated on me a little even as I was watching the show. Still, for the most part it fits the mood the show is going for.CharactersThe animes cast is as diverse as it is compelling. Highlights include a cross-dresser, a bisexual, and a dude with safety pin pierces all over his face. However, by end of the show you love all of them. Despite their trendy, flamboyant appearances, none of these characters define themselves by their labels, but by their personalities, passions and ideas. At the center of all of them is Yukari, our relatively normal and apathetic protagonist. For a while, she is used as a foil to the other characters in a similar way to how Saki was used in Genshiken, but this gradually changes. As Yukari becomes further entrenched into the world of fashion, she begins to grow wonderfully as a character.OverallIn the world of the tragically hip, Western Cool and Eastern Cool are not only completely different from each other, but often mutually exclusive. Western Cool seems to focus on the sexual freedom, savvy materialism and loud music, while Eastern Cool is all about internal harmony, asceticism and the twanging koto.* The reason I bring this up is that Paradise Kiss is perhaps the first anime I have seen that is totally, undeniably, Western Cool. Previous attempts at Western Cool in anime have been tempered somewhat with Eastern Cool (take Samurai Champloo or Cowboy Bebop as examples), but not so with Paradise Kiss. Everything feels so authentically urban, so extremely worldly, that the show seems more American than Japanese. For example, the OP is the kind of slick, well-produced material that finds itself on the top 100 billboard all the time here in the States, while the ED actually is a chart topping song by British band Franz Ferdinand. The plot is similarly Western. This is no typical shoujo; while there is romance, this is largely secondary to the protagonist's introduction to the materialistic, hip, and independent world of fashion. As a whole, this show is most notable for the fact that it's a complete embrace of Western thoughts and values in a country generally considered to be extremely conservative. Does this represent Japan's spiritual downfall into materialism, or its evolution into tolerance? I honestly have no fucking clue, but I do know one thing: Paradise Kiss is a very good show. The characters and plot are far deeper than the show's glossy surface would lead you to believe, and as a whole I'd recommend this to anyone even mildly receptive to shoujo. * Yes, I do realize the irony in writing an anime review and pretending to know anything about what cool is.

"I know what it is I have to do but I don't want to break free from this. I don't feel like I have the strength too." I had high expectations of this anime and the reason being was that 1. it focused around the fashion industry, which is rare in itself for an anime to do and 2. the delivering of "coming to age" was delivered in a more mature way. "Parakiss" struck a cord with me. It wrenched a knife in my heart because it was very much relatable. It was very real in the sense of the feelings that some characters undertook. Just like the main character, I devoted myself to a man who was full of himself, selfish and greedy - always taking and never giving. I was living a one-sided relationship with a one-track mind kind of guy. The main character was also caught in a web full of careless whispers and toxic notions of a blind love. "I only had a vague understanding of what went on between a man and a woman in regards to love and when it came to sex, the only thought I had was..." Though the anime never mentions abuse or rape, the underlying tones of such topics exist within some of the main characters. Sex was used as a weapon at times and the harsh words spoken tugged on the passions and ambitions of both love, desires and dreams of the main character. Though she endured what she did, the sole purpose was to find her passion and to work hard to achieve it. Through hardships and struggles, she was able to do so and unlike the fairytale one may hope or thought this anime is to previously from watching it, she was able to do so with her strength and the help of friends she met along the way. Besides the romantic aspect this anime portrays, there was also the conflict of living up to one's own expectations, communicating and adhering to other character wishes, along with learning to make decisions on one's own and dealing with consequences for such actions if applicable. Animation Paradise Kiss seduces the audience with its glamorous depiction of the world of fashion and the sophisticated and exotic people who inhabit it. The animation can be quirky with an avant-garde animation style. The idea of mixing monochrome images of real Tokyo cityscapes with bright and colorful characters and fashionable clothes derives from the actual manga is just a splendor to witness. Subtle touches of the twirling flowers dancing across the screen as the anime progresses to the next scene was also eye-catching. Sound The opening song, "Lonely in Gorgeous", is incredibly catchy. It has an 80's dance feel to it with a mix of pop vocals and beats. With some J-pop, metal, punk flair and even industrial, the few songs enlisted in the anime are stellar. The ending song, staring Franz Ferdinand's "Do You Want to", works brilliantly in its shortened version form. It captures the group of main characters well as they dance on screen in chibi form. I wish there was just a little bit more music intertwined to compliment the anime and its story more. Characters The diversity and eccentric cast is riveting. Some characters consist of a cross-dresser, a bi-sexual, a punk-looking rocker with pin piercings and so forth. However, the cast is so beautifully handled and carefully scripted that they all become likable. They are trendy with some flamboyant aspects but these characters are not defined by their labels but by the personality and passion that guide their heart. Yukari is naive at times and a self-conscious woman who compliments George's self-centered, egotistical and womanizing ways well. The had a great deal of lack of self esteem is devastating. Her relationship with George is one she knows she should end but can’t bring herself to do it. Miwako and Arashi, the two main secondary characters, also have troubling motives and accusations. The underlining of rape plays a factor with these two, though you can see they clearly have history with one another. I found the roles to be compelling and at times heart-wrenching, while other reviewers may find differently. I believe it is because of the past I have had and these characters remind me of such things. The last episode does a wonderful job summing everything up. It leaves the audience with a bittersweet taste in the mouth toward all the characters whom have watched grown along the way. Overall Paradise Kiss is quite a unique anime. It is not happy-go-lucky anime and can pull at the heartstrings at times. Regardless, it is breathtaking - the look of the art style, the design of such fashions, along with the realistic approach to the relationships endured and the emotions attached is compelling all on its own. Secret Santa 2018 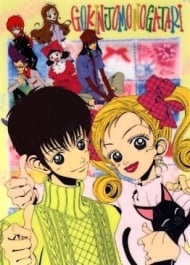 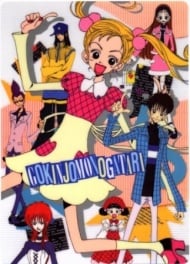 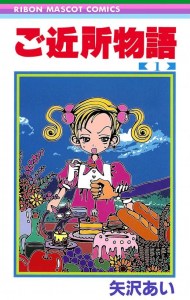 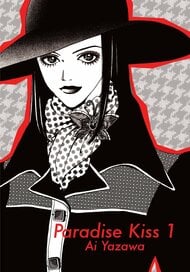