Alt title: Even a Dad Still Wants It... 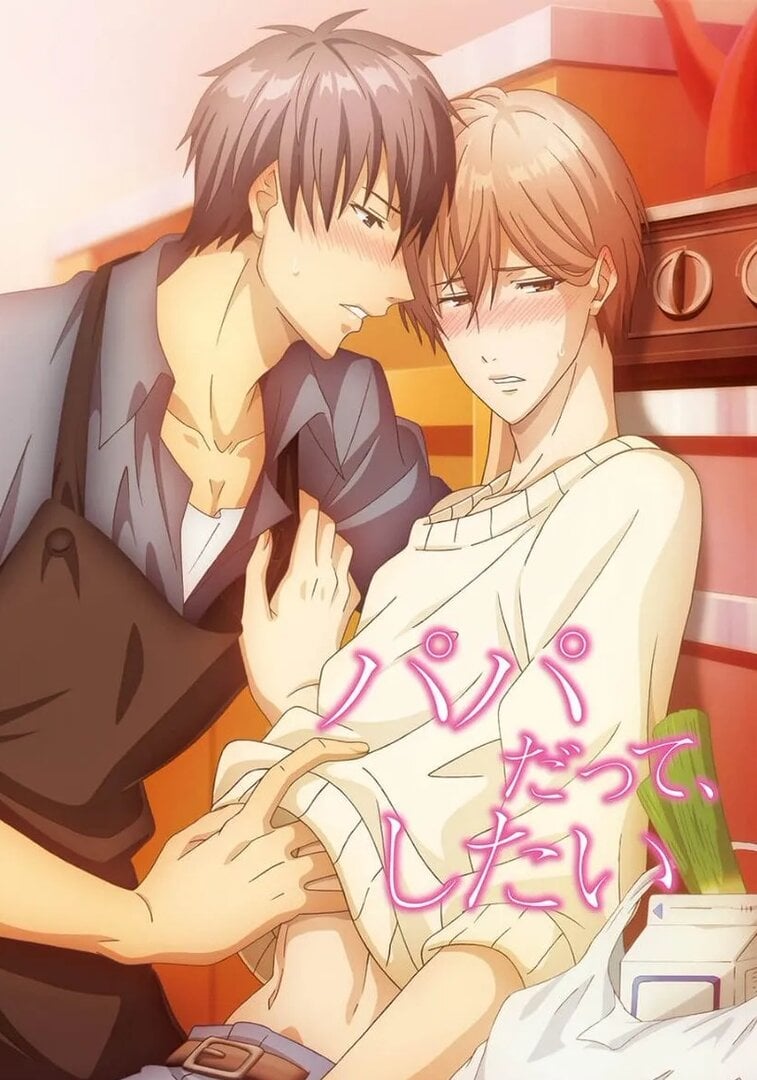 Since people watched this series as well and didn't post a review, or I bet not mark it on their profiles I guess Ill be the first to bite the bullet. This review will be shorter than most of mine because of how short the episodes are. I will spoil somethings but not the ending, I'll at least try to use that to bait people into watching this series like I was.

Papa Datte Shita could have been a "blah" series and not a avoid series if the story had a point or if it had a pay off at the end of the series instead of a "pay off" pretty much at the end of each episode.

This is a Boy Love (BL)/Yaoi series which I don't hav a lot of experiance watching so I said why not it will be a nice change of pace from the same idea in the billionth new wrapper that most series have in common. Super powers fighting evil can only be done so many times each season before you say I need a change of pace.

The change of pace is not what you want to experiment with when it's BL/Yaoi series at all. Go watch Aki Sora or Kiss x Sis if you want a change of pace from the normal genres that pop up every season.

Papa Datte Shita is hard to really put into detail because of how much lack of a decent and complete story that is told. If you watch this series and live to tell the tale the ending we get is a complete warm ending but the other 7 episodes seemed like it was filler and a way for the characters to have sex or raped depending on which episode your watching. I still don't know how anyone could fall in love with what Keiichi went through in the series.

If you don't trust me just watch the series (note the 0.5 rating I gave it) and we can debate it in messages or in the comments so people can get more than just my take away from the series. We will agree that the ending of episode 8 was good but the build up seemed like it was just a waste. I wish it was just a 10 or 15 minute OVA, keywords JUST A meaning one not 8.

Let's be clear. This is a series of 8 five minute episodes of h*ntai (not sure of the censoring policy on this website, but this is pr0n). I can't believe I'm bothering to write a review for this, but I am surprised by how much I enjoyed it! I didn't watch it for its... salacious aspects but just because I was curious. I had read the manga and hadn't ever watched this kind of thing  before. It's definitely questionable on consent, but it's surpringly sweet and the child is ADORABLE. The concept is straightfoward: a (previously straight) college student picks up a job housecleaning for a beautiful single dad who he ends up having the big hormonal feels for, which he expresses very quickly and overwhelmingly. The dad resists it for various reasons, but they (spoiler) end up a big happy family in the end. It's gosh darned precious if I do say so myself. The scenes where the younger guy is being new daddy to the toddler made my ovaries burst, and I'm usually not that sensitive to that. It was real cute, man. Right in the feels. This college kid is ready to be a DAD (mom? whatever you opinion on gender is in this situation -- he's for it).

The raunchy scenes are... creative. Yeah. I thought it was fun. The dad needed adult human intimacy, and is that so bad of a message? I appreciated that all scenes involving the child were 100% wholesome and overwhelmingly sweet and precious. No weirdness -- surprisingly uncommon.

someone tell me how im supposed to watch it. what do i click. i really what to watch this anime.

Its an okay anime, if you like sexual anime this is perfect for yuo, theres 8 ep and they all, take like 4 min, but all the ep have 1 sexual sen in it.