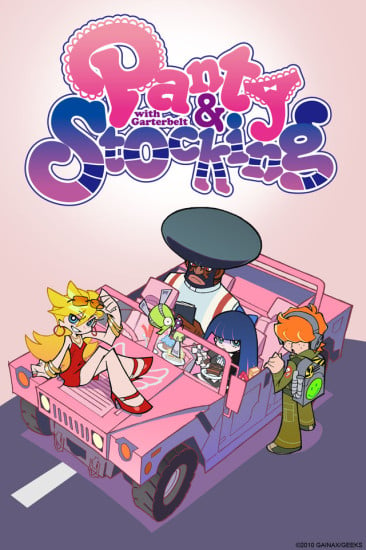 A foolish clumsy angel came to the human world to help a very unlucky boy. But more accidents are then created...

The poignant adventures of a wandering penis.

Busamen is a stray cat who’s ugly and loves women, but inside is cool and handsome!? On the other hand there’s Ikemen, a prideful and beautiful cat, but he’s cowardly. Which one will be the most popular among pretty women? Watch their fight unfold!

Ariel is an angel, a being that exists to reward good deeds by granting small wishes that appear over people's heads. But one day, she encounters a girl whose wish neither she, nor any previous angel, could read. Aiming to grant Kirara's unknown wish, she descends upon the human world to meet her personally, but Kirara's mind isn't as innocent as her mountain of good deeds may suggest.

The angel Sumire is being hunted down by his friend Renji, a devil. Renji decided that in order for the two of them to understand each other, he will now become the hunter and he cuts off one of Sumire's wings so that they are the "same." The two make a vow to go off hunting other angels for Sumire to replace the wing that he lost and so Renji won't get hunted. The two go on to hunt down angels, breaking the long-standing law of angels hunting down devils.

When Angels are supposed to epitomize all that is perfect in love and mercy...where does a rogue angel fit into it all?! Renji is one of heaven's most powerful but overly violent angels. As punishment for going too far in the last great battle against the demons, Renji is banished to Earth... His mission? Saving 10,000 souls! But for an angel who's never known anything outside of fighting, there maybe nothing in Heaven or Hell that can help him...Where badboy angels must learn to love humanity, it's all in the Soul Rescue!

At school, Aiko discovers that all the girls in her circle of friends aside from her have already had their first menstruation. After going home to her room, she reads up on menstruation and in frustration punches herself in the uterus. This seems to "awaken" Maa-chan, Aiko's anthropomorphic vagina, who begins coughing up blood. Maa-chan introduces herself and says that she's been with her ever since birth and from now on she's going to assist in her journey into adulthood. The next day at school Aiko tells her friends that she's now one of the them.