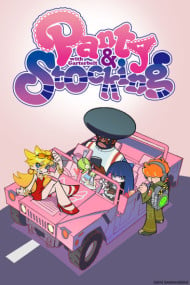 When there's something strange in your neighborhood, who ya gonna call? No, not the Ghostbusters. Call on Panty & Stocking, the two fallen angels Heaven-sent to clear the surface world of Ghosts – creatures spawned from mortals who met gruesome deaths. At least, that's what they'd like you to think. In reality, they're gun-toting, sword-wielding femmes fatales who lay waste not only to the evil of Daten City, but to all its bachelors and candy treats too. With a healthy dollop of collateral damage and full-frontal nudity, they always manage to save the day. If they can be bothered, that is...

There really isn't much going on story wise other then that the 2 main characters of the show have to collect coins in order to buy there way back into heaven. You basically watch this if you love totally over the top animations, some silly humor and a lot of pop culture references. If you grew up (and liked) watching the Power Puff Girls, Cow & Chicken, Johnny Bravo, 2 Stupid Dogs and Secret Squirrel but would like to see it with a bit more of an adult theme to it then this is a show for you. The animation style in general is pretty solid but there a few moments where the quality shifts into a much higher quality and I really wished we saw a bit more of it. The first time Panty and Stocking battle Kneesocks and Scanty you get treated to some insane gorgeous and high quality  animations. All the swearing and raunchy jokes are a great fit for the animation style and the music just tops it all off perfectly. 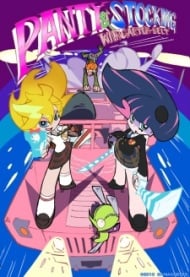 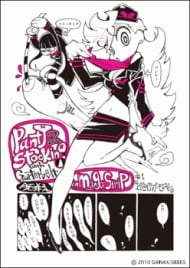 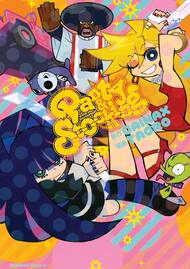